You are here: Home / board / International Tabletop Day: 5 of my favourite board games for non-gamers
I hadn’t planned on posting today but I just found out it’s International Tabletop Day, and as a self obsessed tabletop geek I am ashamed at myself for not knowing this sooner!  There are few things I like to do more on a weekend then kickback with friends and put in some serious game time, usually with snacks and alcohol included.  So I thought I would share with you 5 of my favourite games to play with people who aren’t regular gamers.

Risk is a great game to take people into a more adult world of tabletop games if your only used to playing kids board games and monopoly.  It’s strategic but also chance based which means it’s a fair game for everyone and you can go from being a clear winner to being out at any time, it really keeps you on you toes!  I currently have the Star Wars version but I’ve not played enough to comment on it just yet.

Monopoly is a classic, I don’t know how anyone can not enjoy it.  It’s simple to pick up but ruthless, and this Pokemon version not only has the added awesomeness of Pokemon but also has some extra rules which can really change up the game play (including the ability to ‘steal’ property if you role a double 6!)

Settlers of Catan is a game of many games, there’s so many ways to play that if I was choosing a desert island board game it would probably be this, along with a couple of expansions (I recommend the Sea Settlers expansion).  Again it’s fairly simple to pick up and there’s several different strategies to winning, it’s a lot of fun!

Ok so this doesn’t necessarily have to be a board game, but the board really helps understand your attacking strategy.  The character set up and initial rules can be a bit of a head fuck but once your set up, the actual game is pretty strait forward.  If you’ve got a decent imagination and a good brain for problem solving then you will eat this game up.  If your playing with people who’ve played before they’re sure to take you under there wing for the initial set up.  I recommend in investing in some pretty dice (I’m a blue and pink mixed glitter girl). 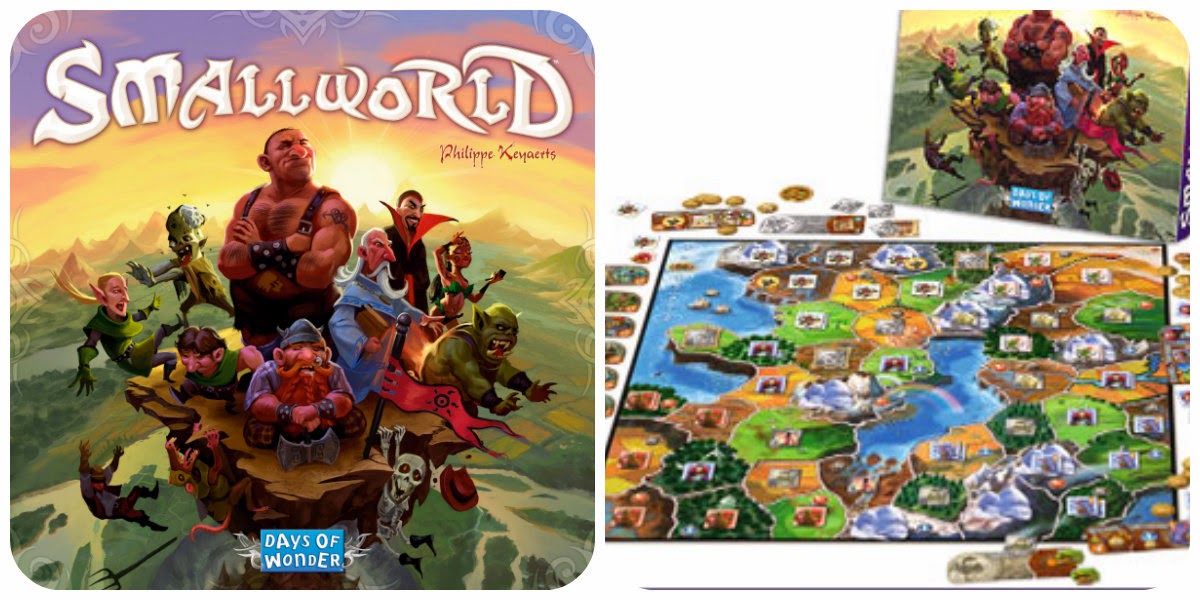 Lastly Smallworld, this kind of reminds me of Settlers of Catan although if I’m honest, I don’t enjoy it as much.  There’s just one game variation here so you can keep playing till you pick it up and it is relatively short, so good if your not the kind of person who wants to spend a whole day playing one game.  With the combination of characters and abilities you won’t get bored.
Will you be playing anything today?
Kariss xx
« Sugarpill Review
I finally created a facebook page! »