You are here: Home / book / Infinity Drake: The Sons of Scarlatti- review and giveaway 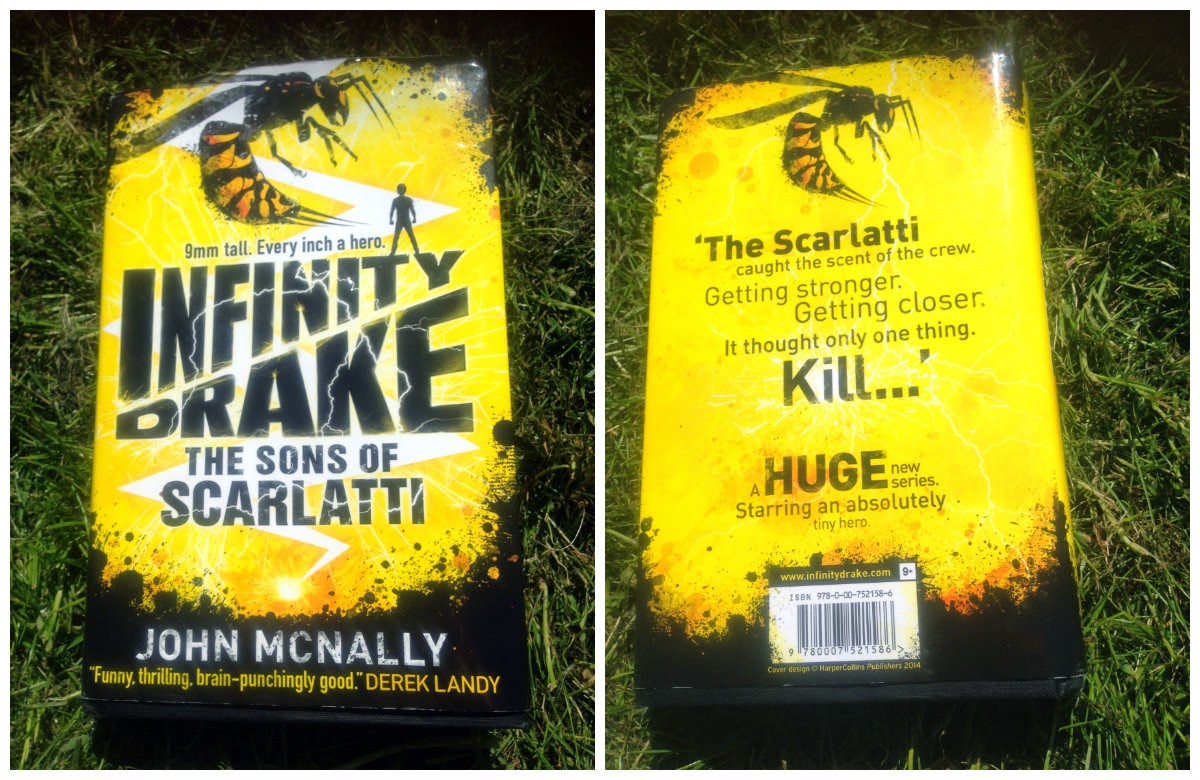 A few weeks ago I was contacted to see if I would like to review a couple of children’s/ young adults books by Harper Collins, of course I couldn’t say no to an opportunity like that!  Infinity Drake grabbed my attention strait away with its eye catching cover design.  In fact the whole design is amazing, it’s one of my favourite book designs ever, especially with it’s young audience in mind, so before I get into the book itself lets start with that. 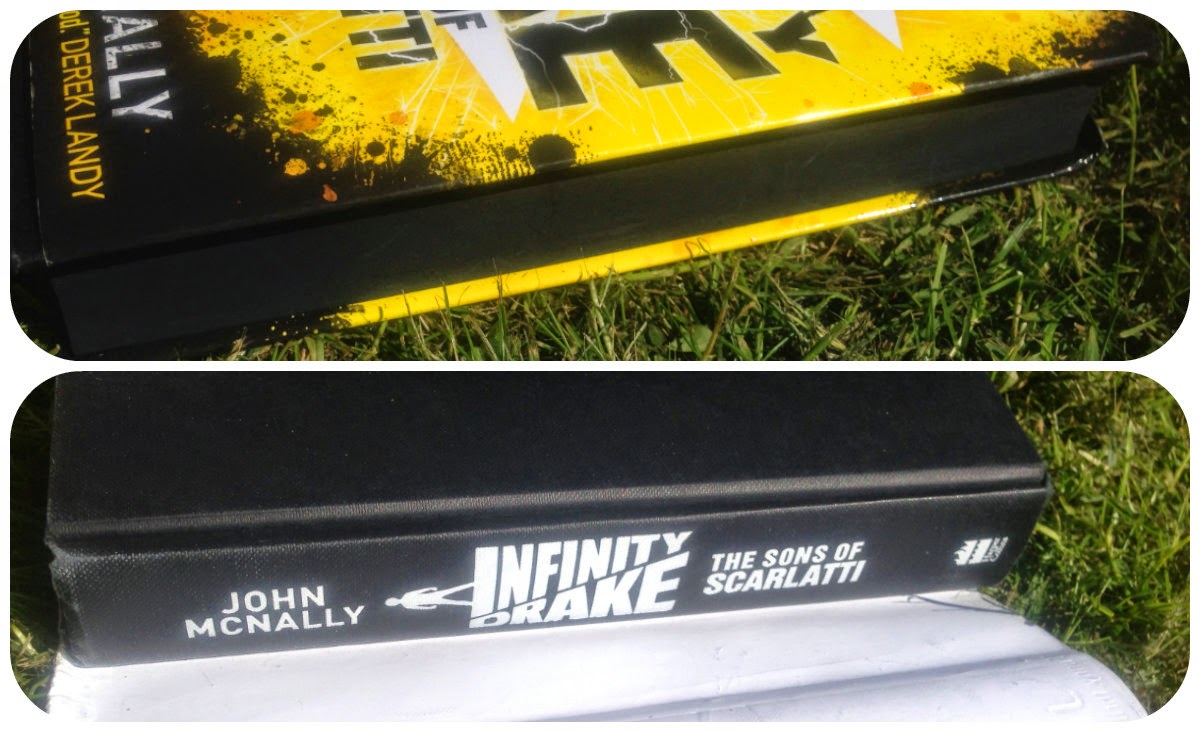 First up the bright yellow and contrasting black really stand out, and obviously symbolise the scarlatti in it’s colour scheme.  A Scarlatti is pretty much an evil wasp, this is explained much better in the book but I don’t want to give anything away so for now, thats all you need to know.  The pages have black edges, and I think I may have mentioned it on here before but I am a sucker for coloured edging on books!  It makes me unexplainably excited! Inside the jacket the hardback had a nice looking white spine contrasting the black background.  However my favourite part of the book deign is…

…this!  As it’s in the blurb I don’t think I’m giving too much away by saying the lead character ends up being shrunk, and when I was flicking through the book I quickly noticed the silhouette of a man on the righthand size of each page, I then realise it get smaller on each page, shrinking as you read it till at the end of the book it’s tiny.  I thought this was a really cool touch, and now, onto the content!
Infinity Drake – aka Finn – is off on holiday with his mad scientist uncle when they are summoned to a crisis meeting. Scarlatti, a lethal bio-weapon – an ϋber-wasp killing machine – has been released by a pitiless villain, with incalculable consequences for mankind.
UNLESS Uncle Al can shrink a military team to track down and kill the beast. But then disaster strikes – sabotage! Finn gets shrunk to 9mm and has to jump in a tiny Apache helicopter with three soldiers in a desperate race to destroy the beast that’s out there, very angry and many times their size…
I was pretty sceptical when I first read the blurb, it sounded a little silly, an uber-wasp?  However the book design drew me in, and once I picked it up I actually really enjoyed it.  There is a lot of action and it is genuinely hilarious.  I don’t mean ‘I can see that is meant to be funny’ I mean ‘I am actually laughing out loud in public at a children’s book’ funny.  The whole book has a very British feel and the humour is the same and I LOVE this. I can’t remember the last time I read a book that had such a strong British identity, it made everything very easy to visualise.
The characterisation in this book is probably my favourite thing about it.  The lead character, Fin, is intelligent, funny and quick witted, his uncle AL also has amazing wit and seems like the perfect father figure for Fin, getting him into trouble but making sure you he always has the most fun while doing it.  There aren’t many women in the book on the whole however the ones that are in here are all very strong characters.  They weren’t presented as titillation at any point, they were strong, experts, protecters and providers in their own right.  It was very refreshing.  One of the girls, Delta, is a pilot and a gamer, and it’s possibly the one female gamer character that hasn’t come across as really cheesy.  In fact the book handles all ‘modern’ things very well, something that often makes me cringe when authors try to get ‘down with the kids’.  Another thing I think this book does very well is explain what could be complicated scientific theories, to a young audience without over simplifying it or talking down to it’s readers.
I really think that this would make a fantastic summer film, perfect amount of action and laughs with that unmistakable British touch. I’m thinking of something along the lines of Jonny English, I can totally see David Tenant playing the uncle with a host of other great British actors.
I do read quite a lot of young adult however this is more an older children’s book then young adult (I would estimate it was aimed at the pre-teen market).  This did mean that although I enjoyed this book, especially at the start, I did start to loose interest about 3/4’s of the way through, I do think if I was younger I would have enjoyed it more.
Now you’ve seen my opinion it’s time to have a chance to make your own, I’ve got a giveaway on this action grabbing title, so if you want to add it to your collection, follow the rafflecopter instructions bellow.  Good luck!