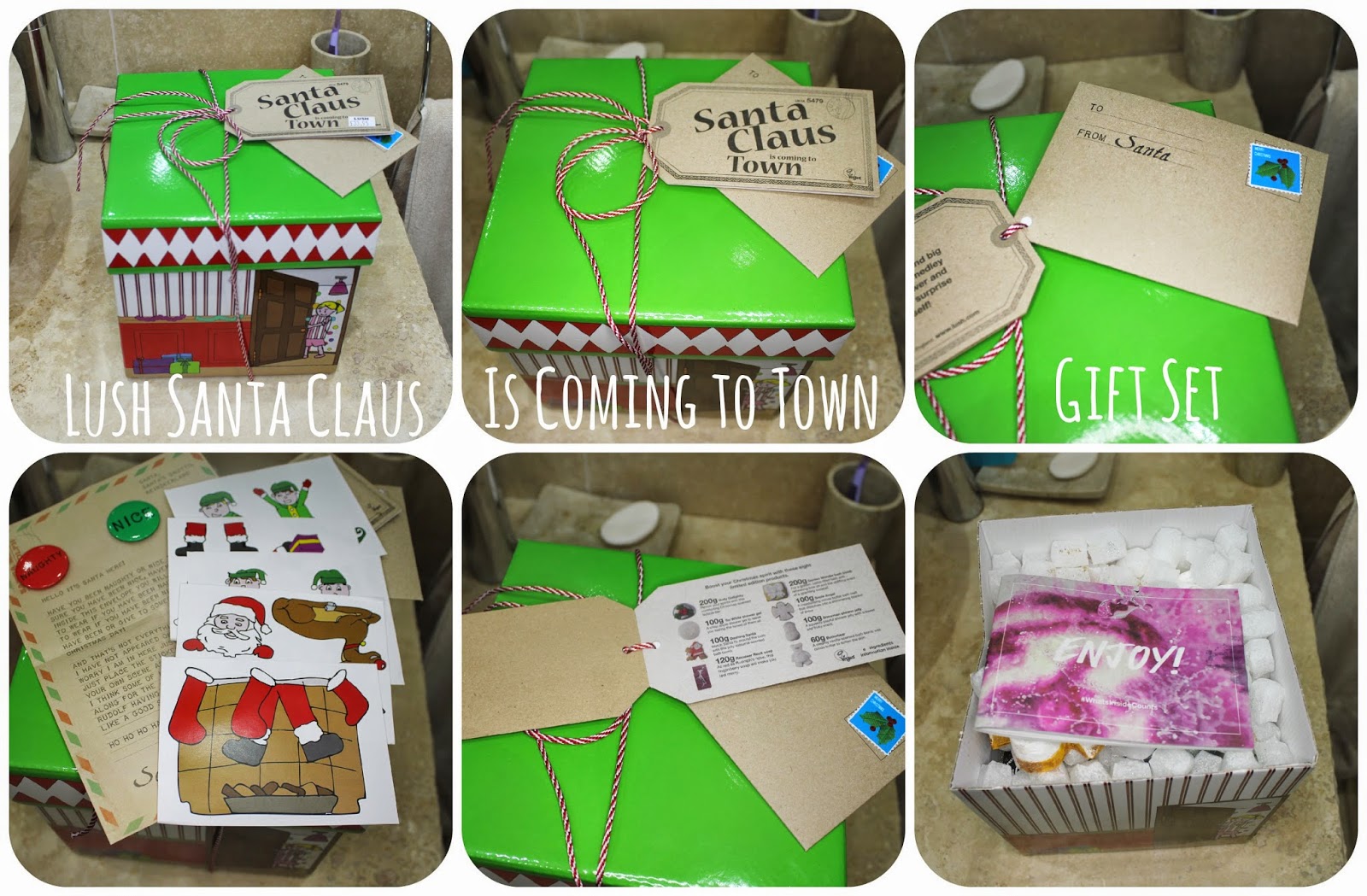 I was lucky enough a couple of weeks ago to be invited to the Lush Christmas launch in Leeds, afterwards we were all given gifts and I received the Santa Claus Is Coming to Town set.  So I thought, with Christmas coming up, I’d take a look inside and see what’s included in this box! 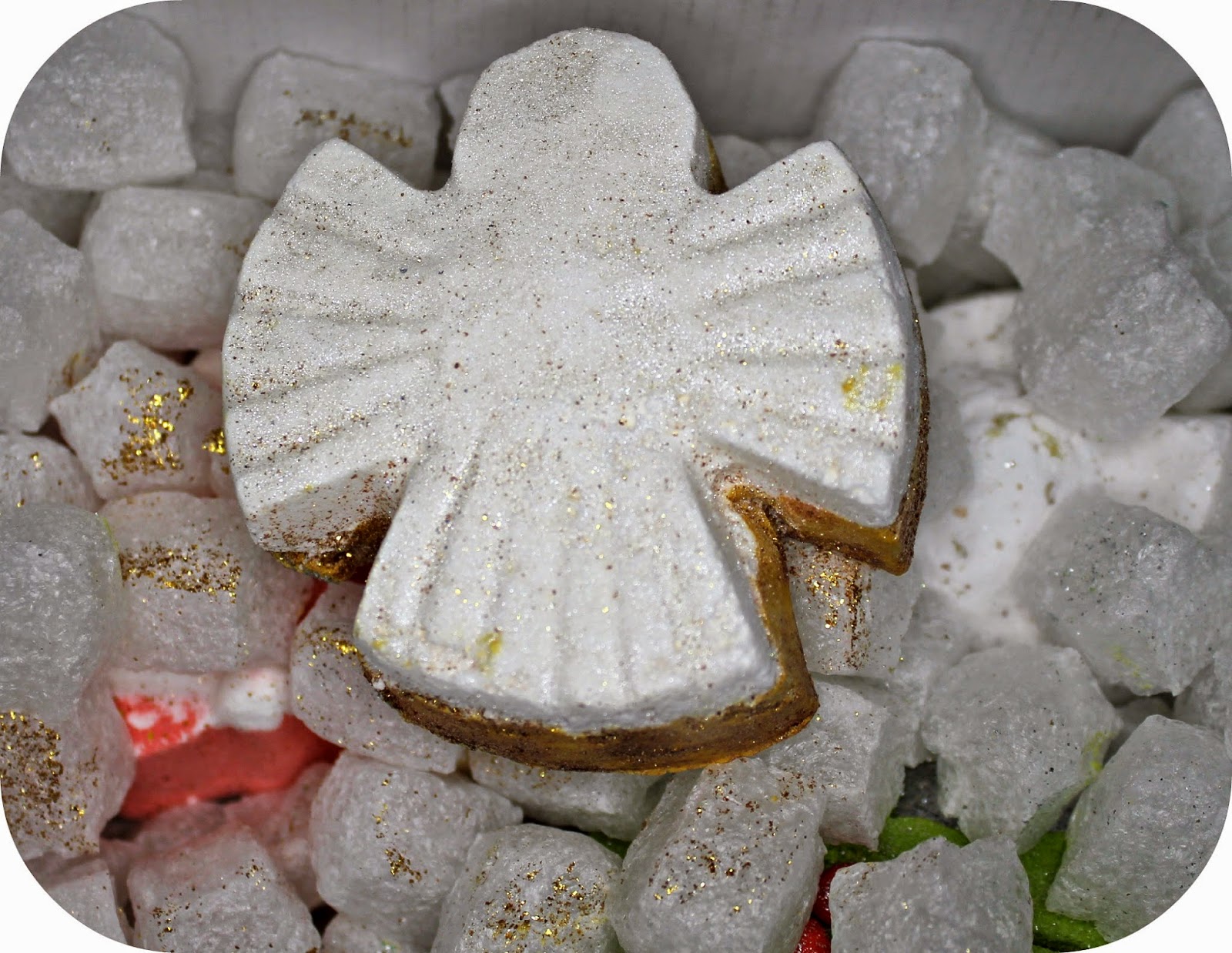 Snow Angel bath melt £3.95
This bath melt is deceptively glittery, the gold glitter on this gets everywhere, I’m still sparkling days later, which personally I don’t mind butt I can see why this wouldn’t be to everyones taste.  It has a sweet sent which is perfect for me, and when broken up in the bath this turned my bath a bright yellow colour and left my skin really soft! 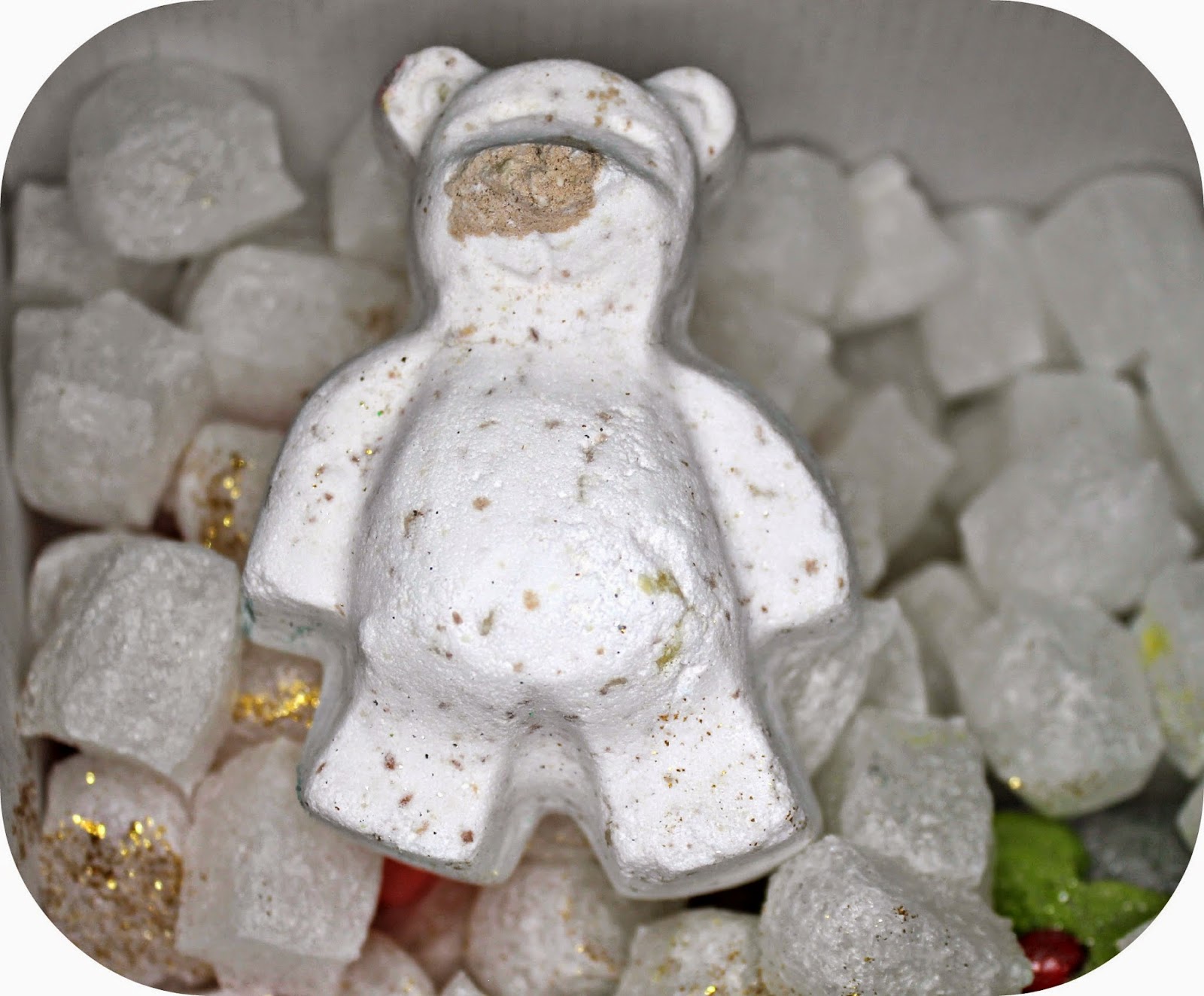 Butterbear bath bomb £1.95
Man this little guy is cute, and even better he’s full of lovely cocoa butter, I’m a fan of the Butterball bath bomb and I hear this is similar so I’m sure this will be a hit with me.  This is one of the cheaper bath bombs and would be great for children. 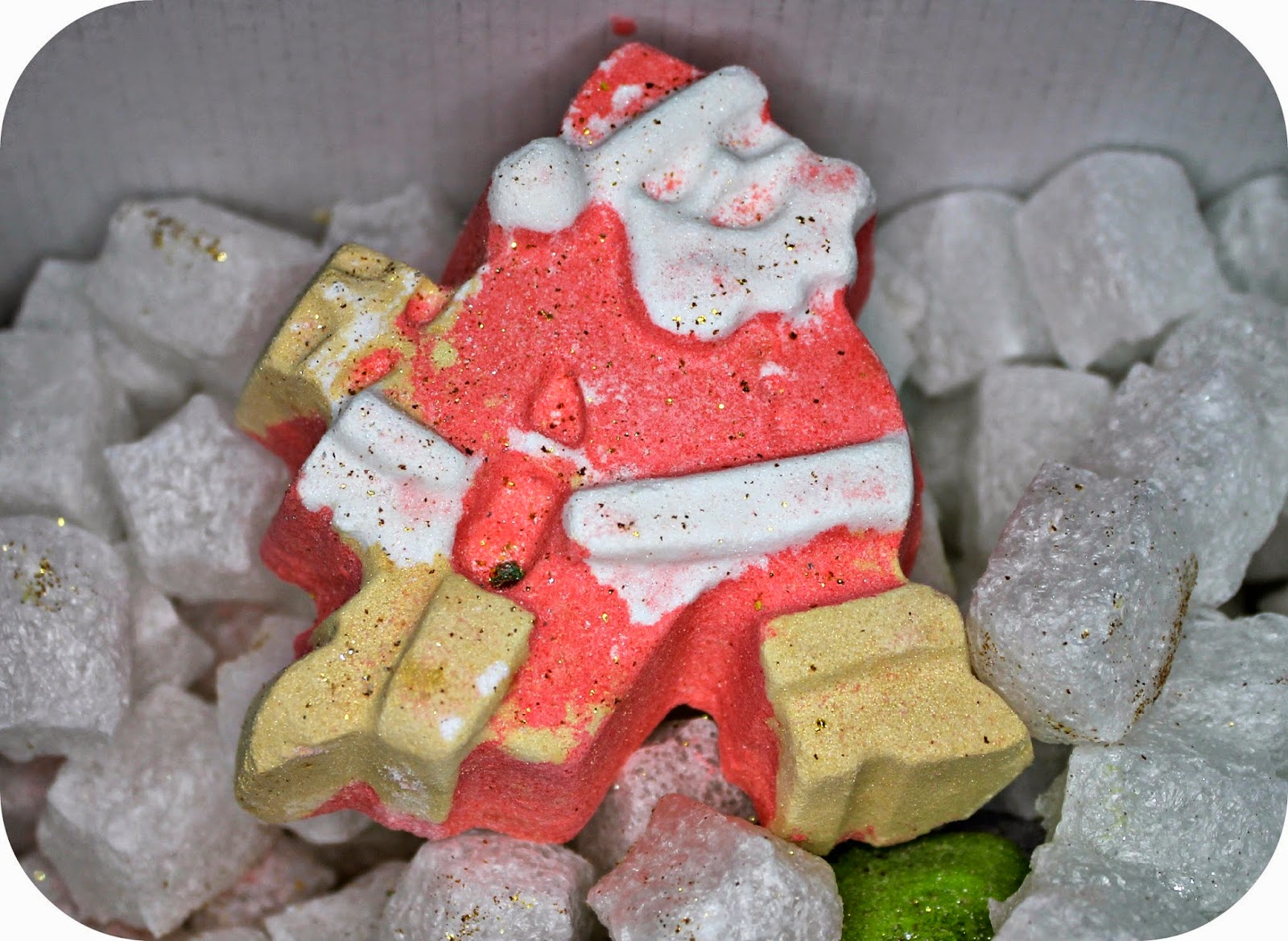 Dashing Santa Bath Bomb £2.95
I was told at the Christmas launch that this was inspired by the owner of Lush getting caught up in a santa run in Liverpool.  As a result this bath bomb is supposed to show Santa runnung, in fact his feet are supposed to fizz faster and make him wizz around your bath!  I didn’t see this happen when I tried it out and it’s not the biggest fizzer as far as bath bombs go (fizzer is now a verb!) but it did turn by bath orange! 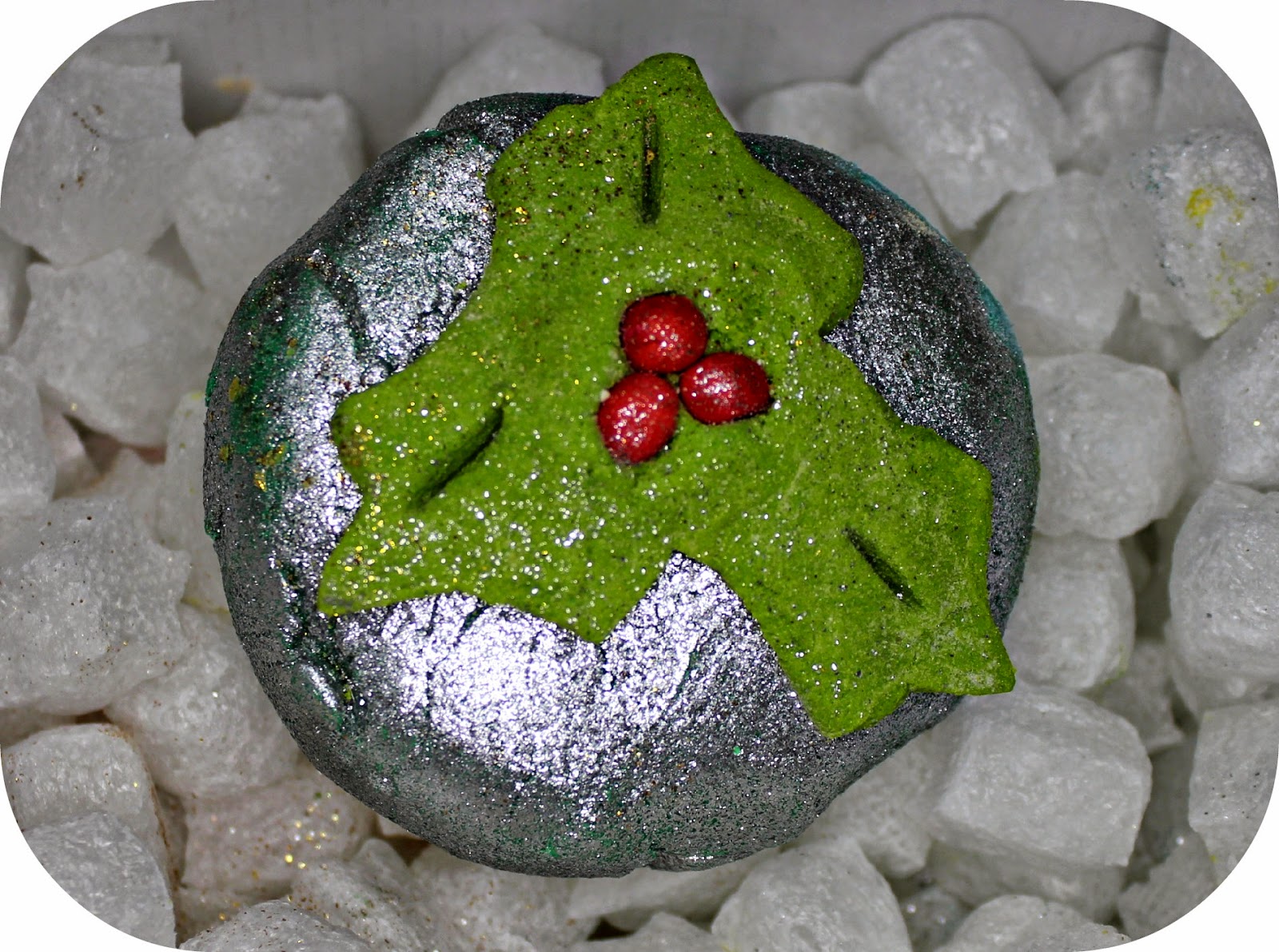 Holly Golightly bubble bar £4.75
This is a monster of a bubble bar, it’s huge!  It’s shaped like a Christmas pudding and it smells like festive spices, and gives me a warm christmasy feeling.  Strangely it is bright green inside and full of sparkle, it could defiantly be cut up and used a few different times. 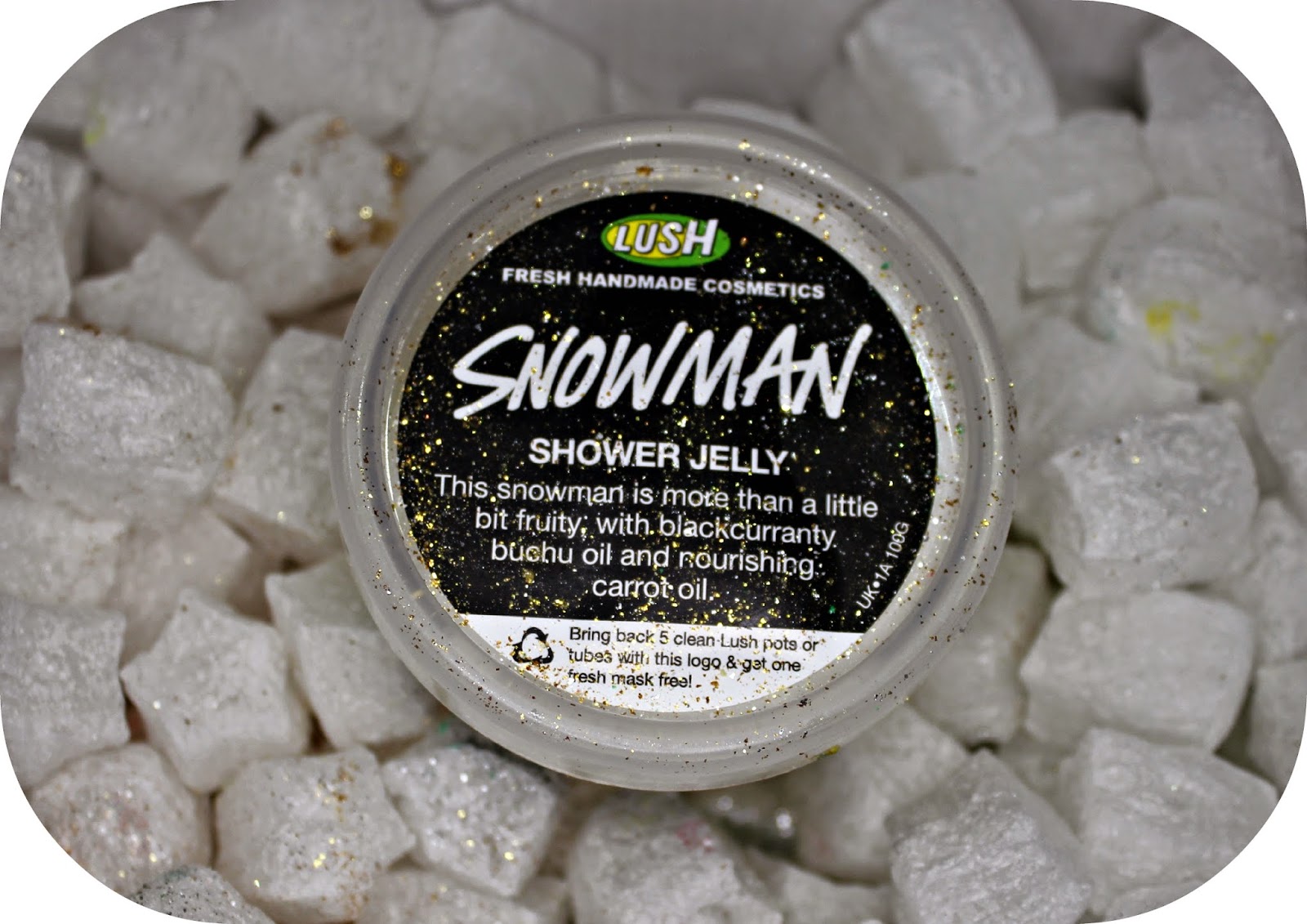 Snowman Shower Jelly £3.50
This is not just your average shower jelly (as if jelly in the shower has ever been that average!), tip it out and it’s a snowman!  It’s ridiculous how cute I found this, I’ve never used a shower jelly so I am really looking forward to trying this out, although he’s almost too cute to use!  Does anyone else have this dilemma?!?  Also it smells like carrots because you know…snow man…. 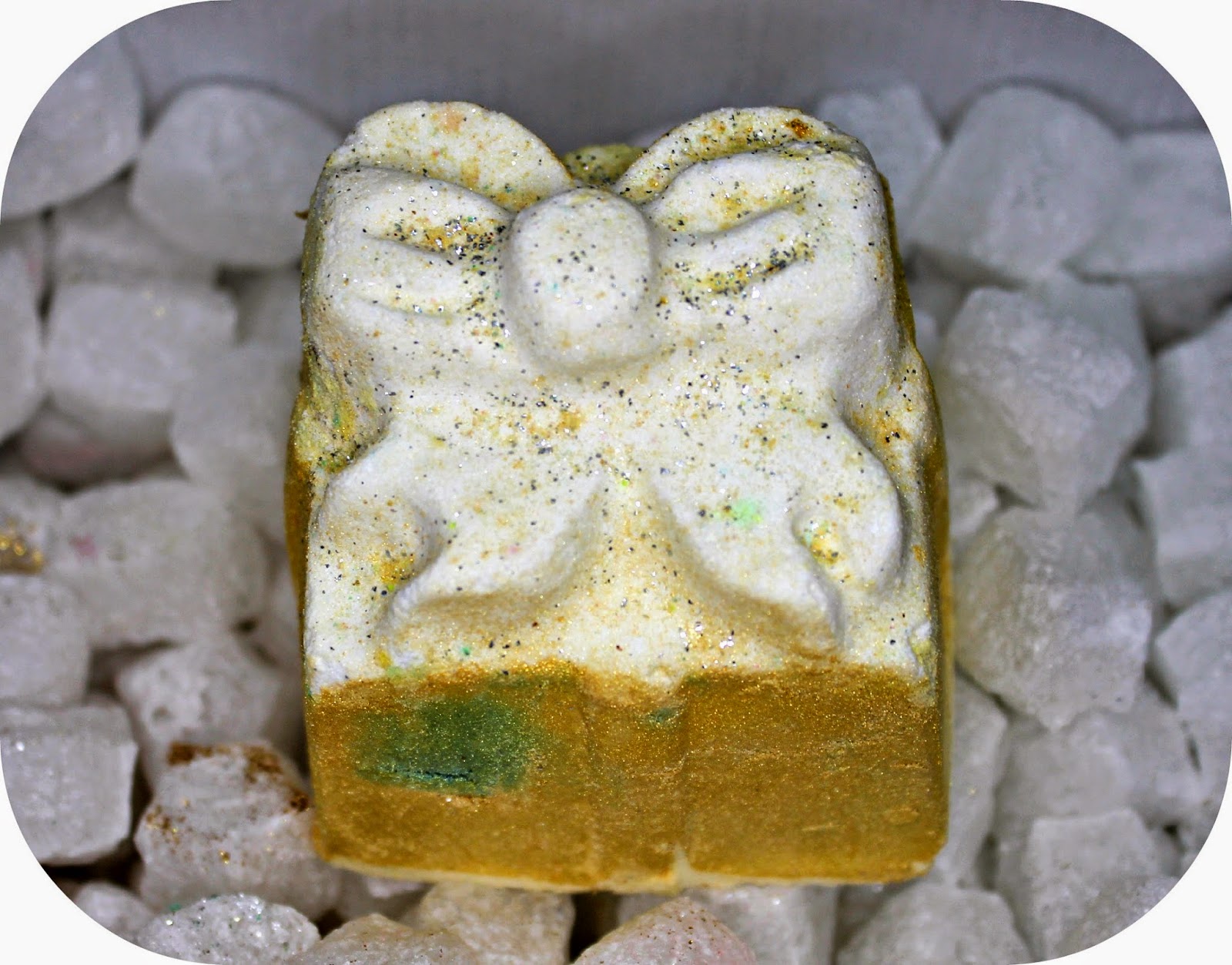 Golden Wonder bath bomb £3.75
It’s shaped like a present, and rather a big one.  You can shake it and sort of feel something inside, and when it fizzes away theres some cute little surprises inside….  As well as a world of colour! 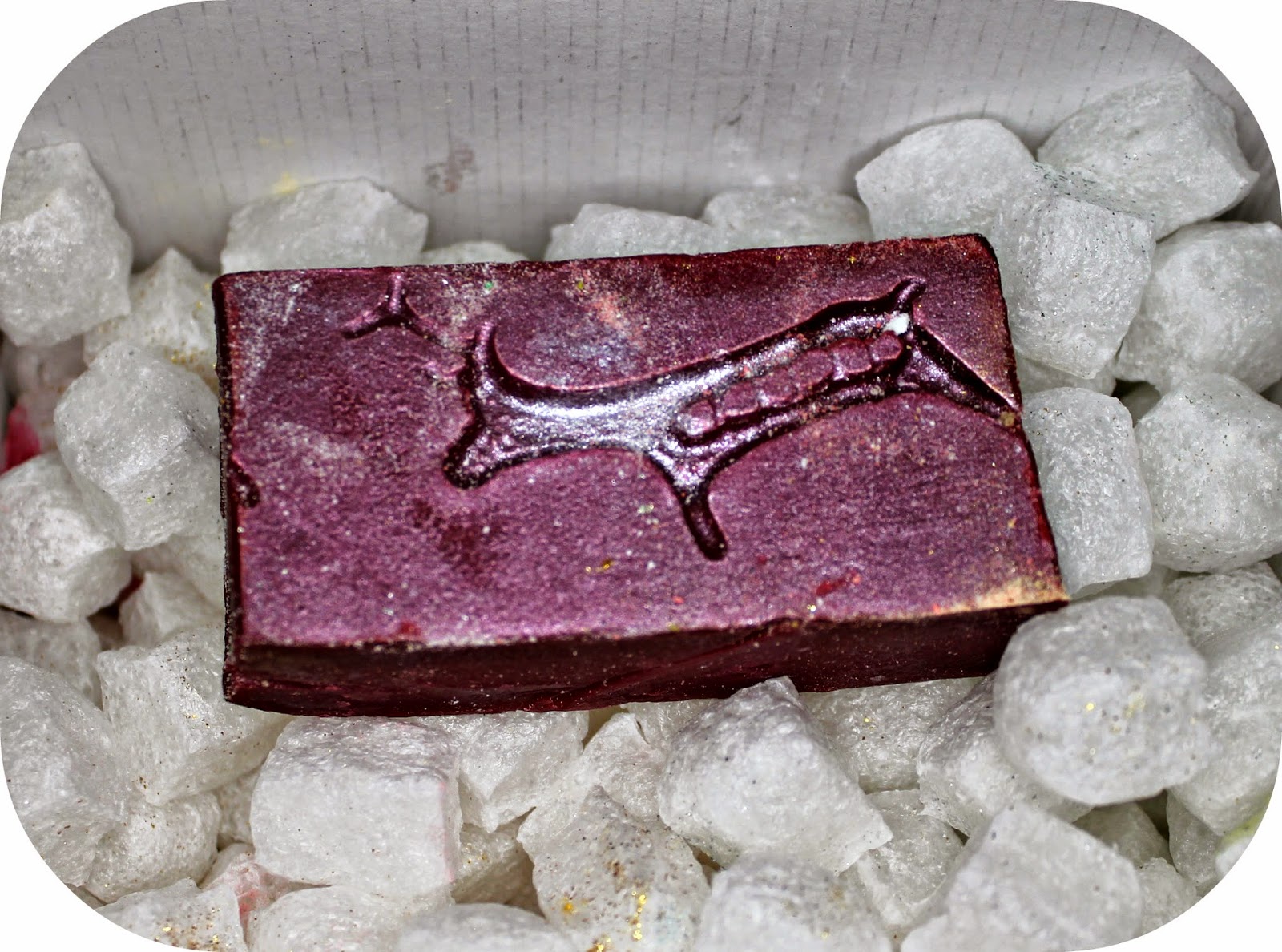 Reindeer Rock soap £3.10
If you look closely at this piece of soap you will notice my reindeer has a little surprise in it’s tummy, yes it’s pregnant, which would make me feel strange about cutting it….Anyway back on topic, this is full of oils which are good for the skin and of course, smells great.  I’m not a big user of soap generally but at least this will sent my bathroom! 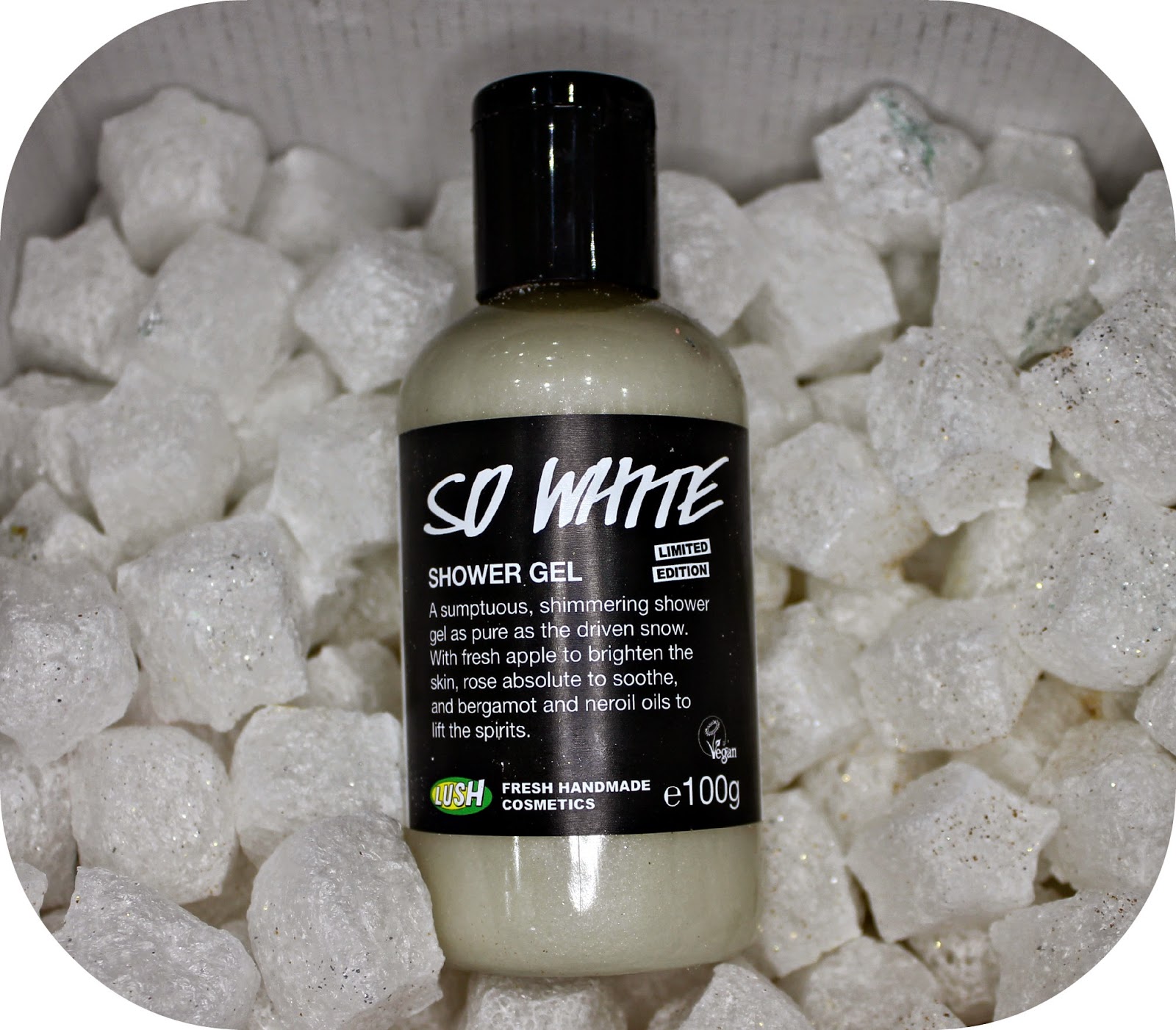 So White shower gel £4.50
This shower gel is based on the fairy tale snow white, it has an apple sent which is really subtle and cleansing, I’m saving this one up for December. 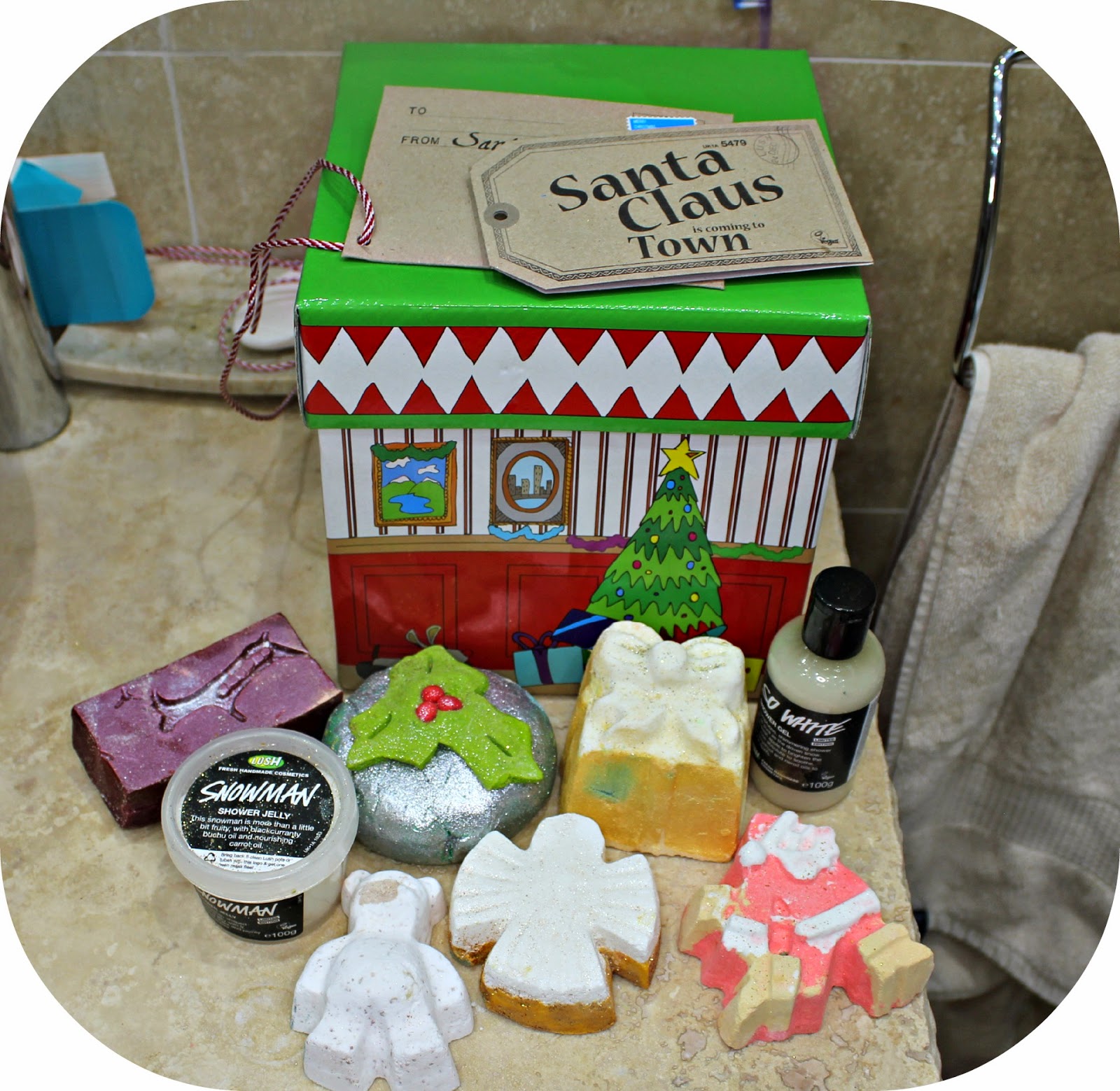 So there you have it, the box itself is nice and traditional looking at comes wrapped in string, and even comes with a letter from santa as well as a few other great gifts.
Which Christmas box is your favourite this year?
« Degustabox: Food Subscription Box
Distant World and comic book stores, my geeky weekend in London! »