You are here: Home / 40s / London Edge with Voodoo Vixen 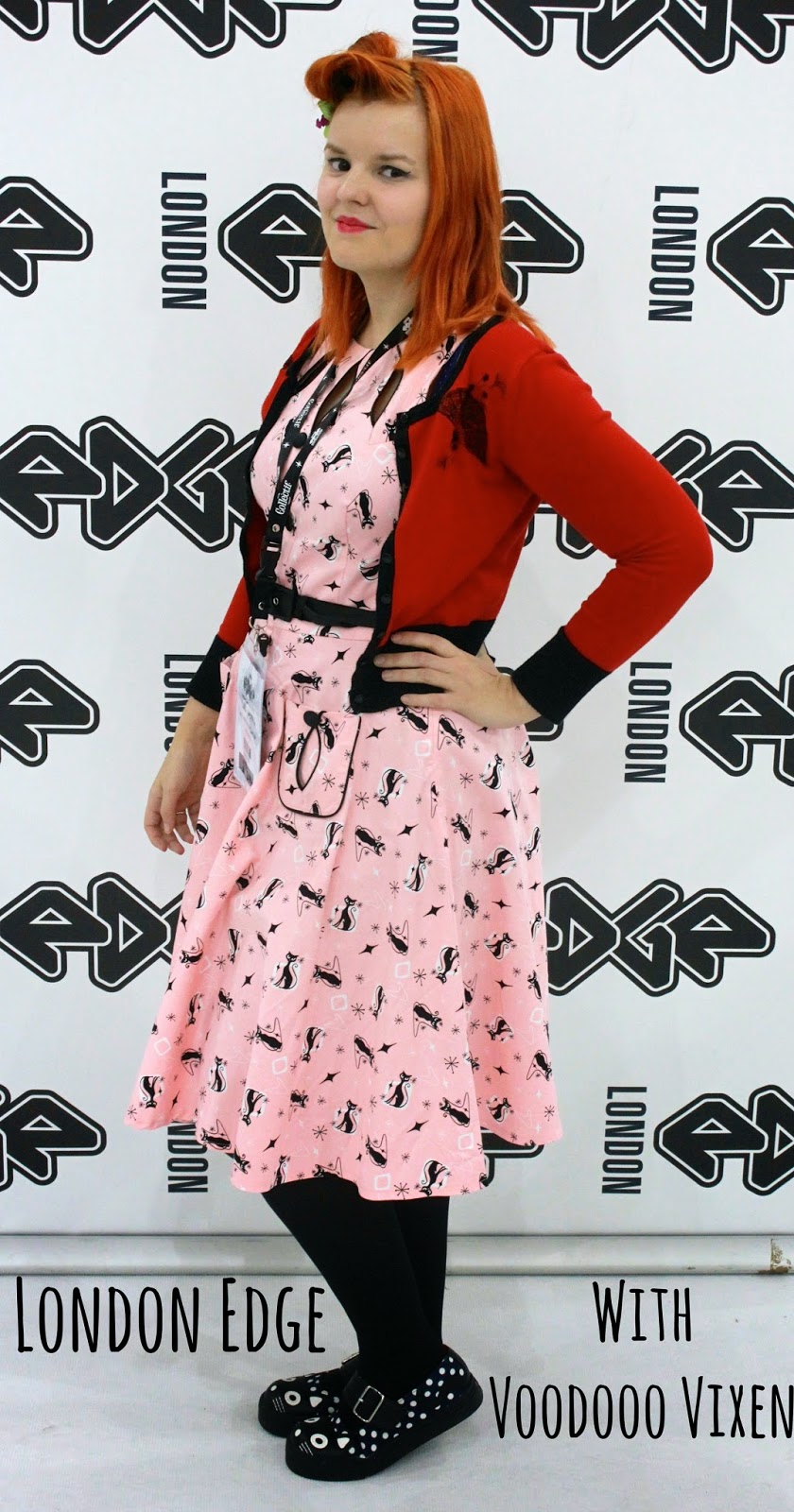 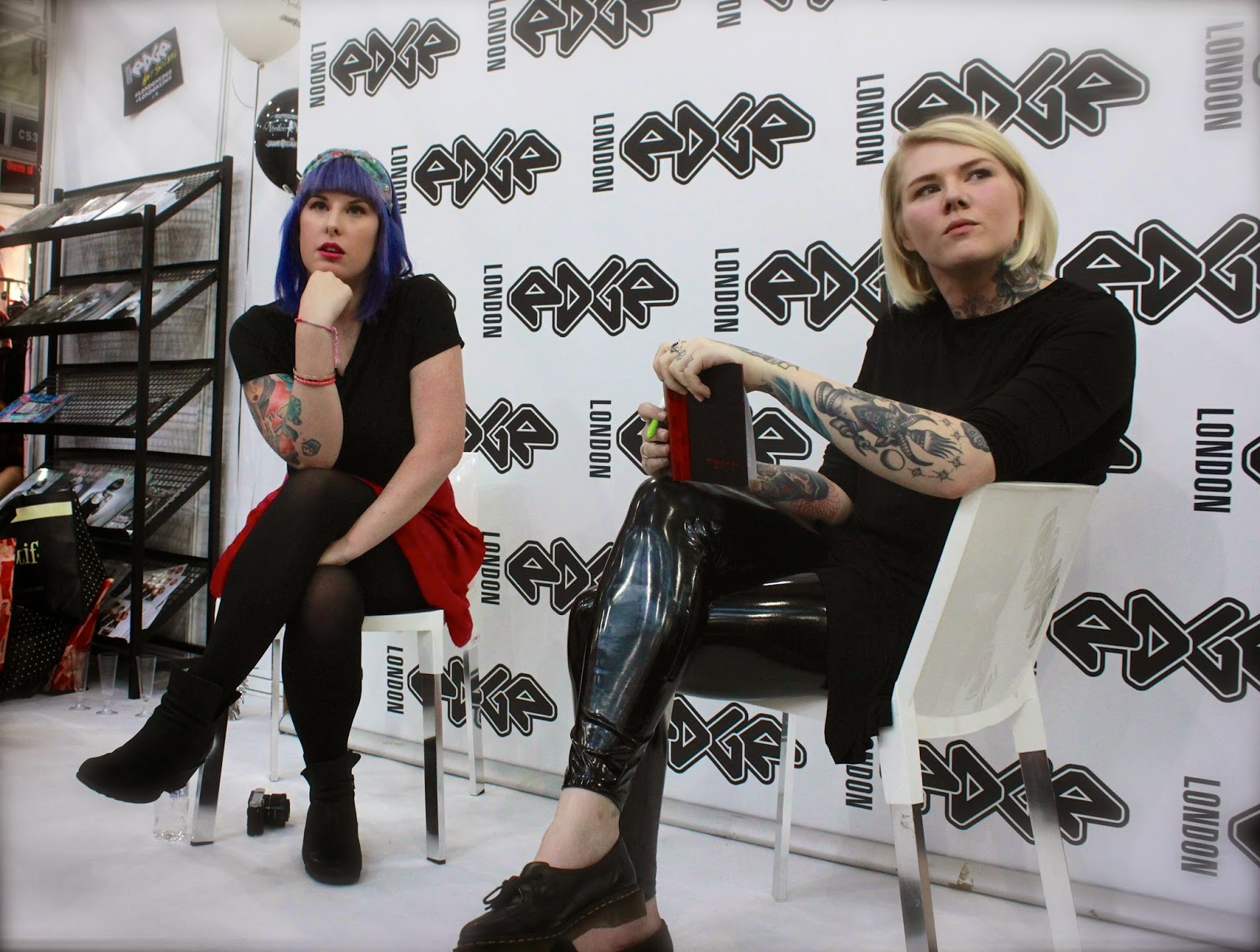 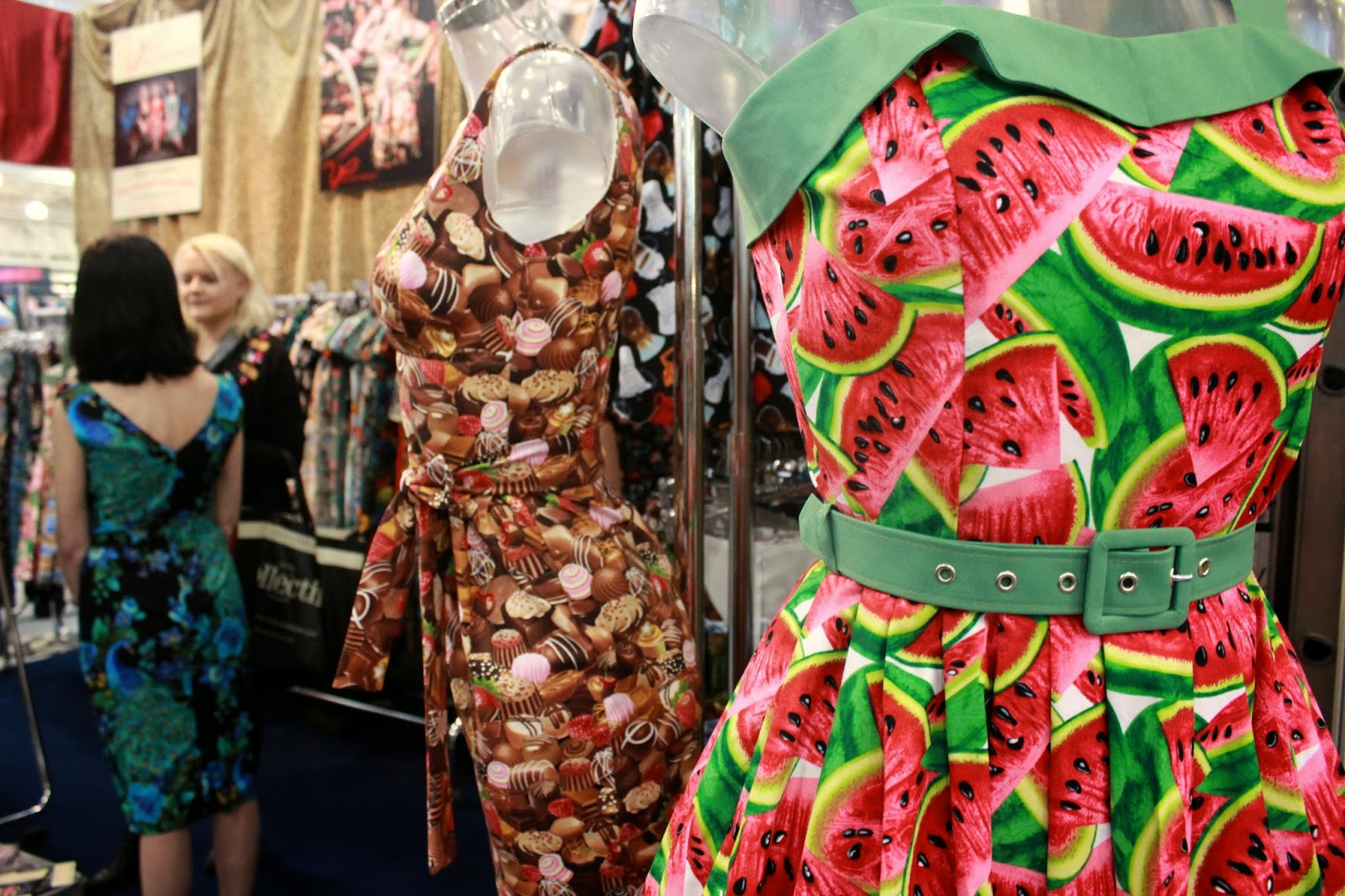 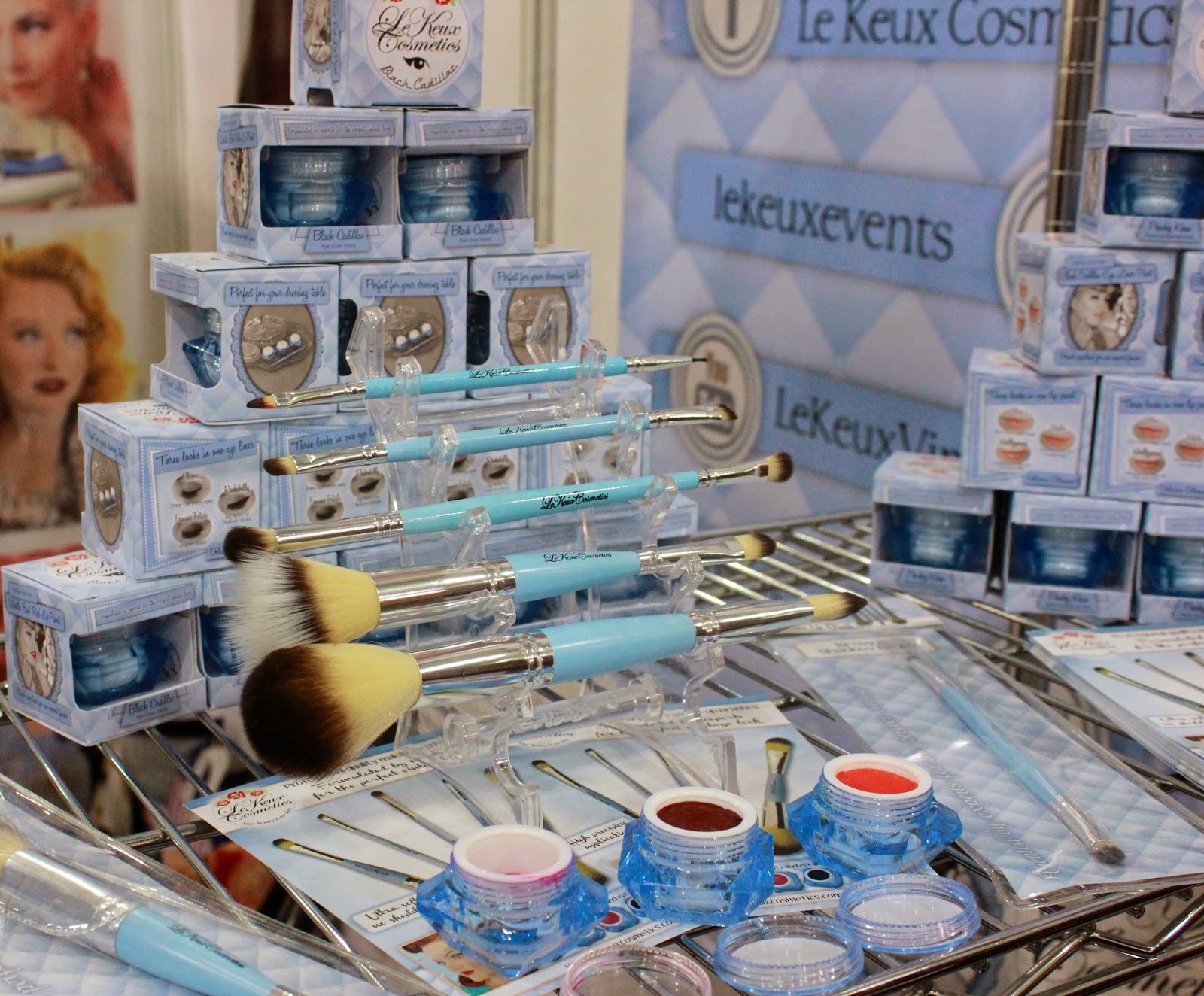 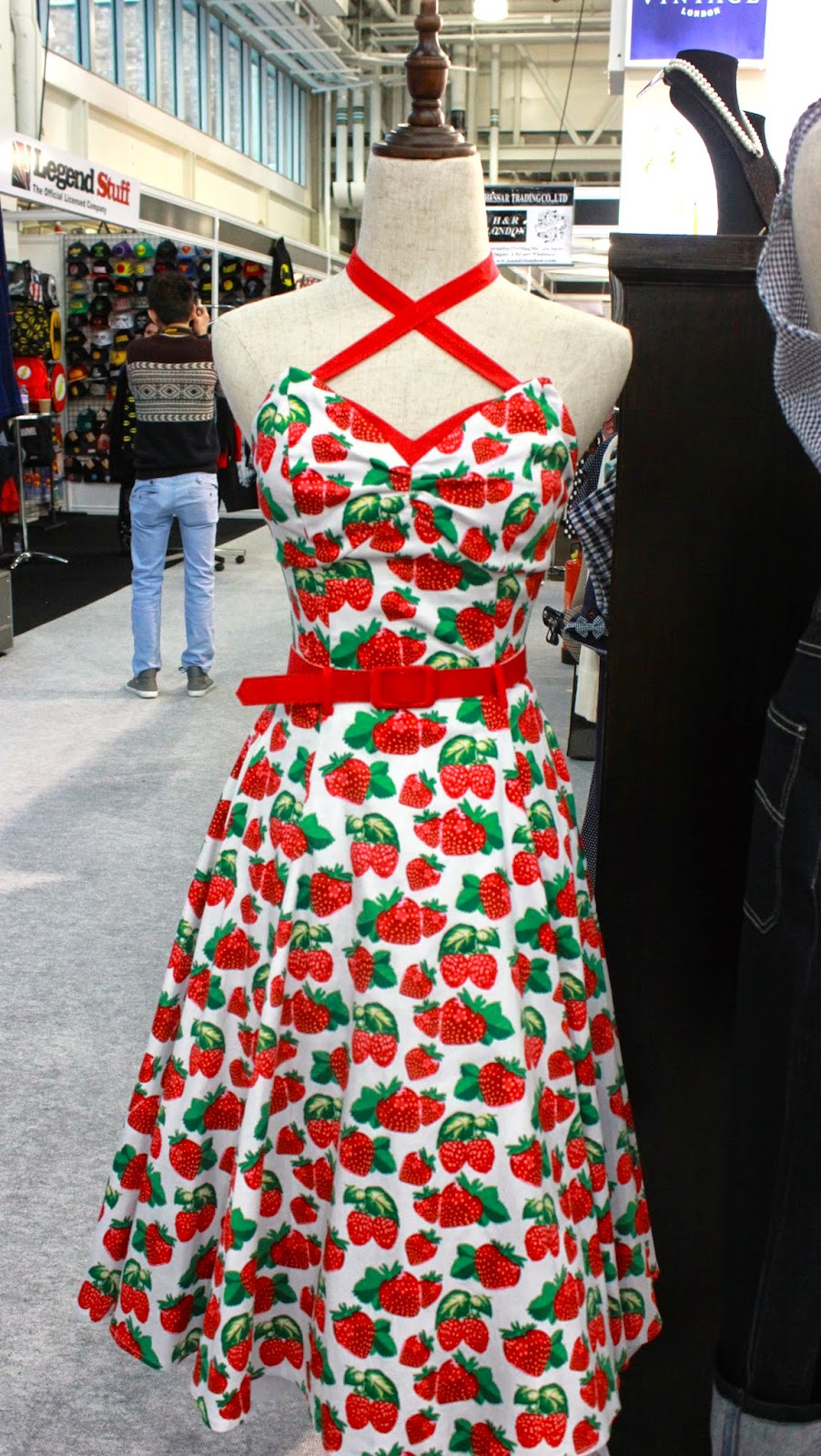 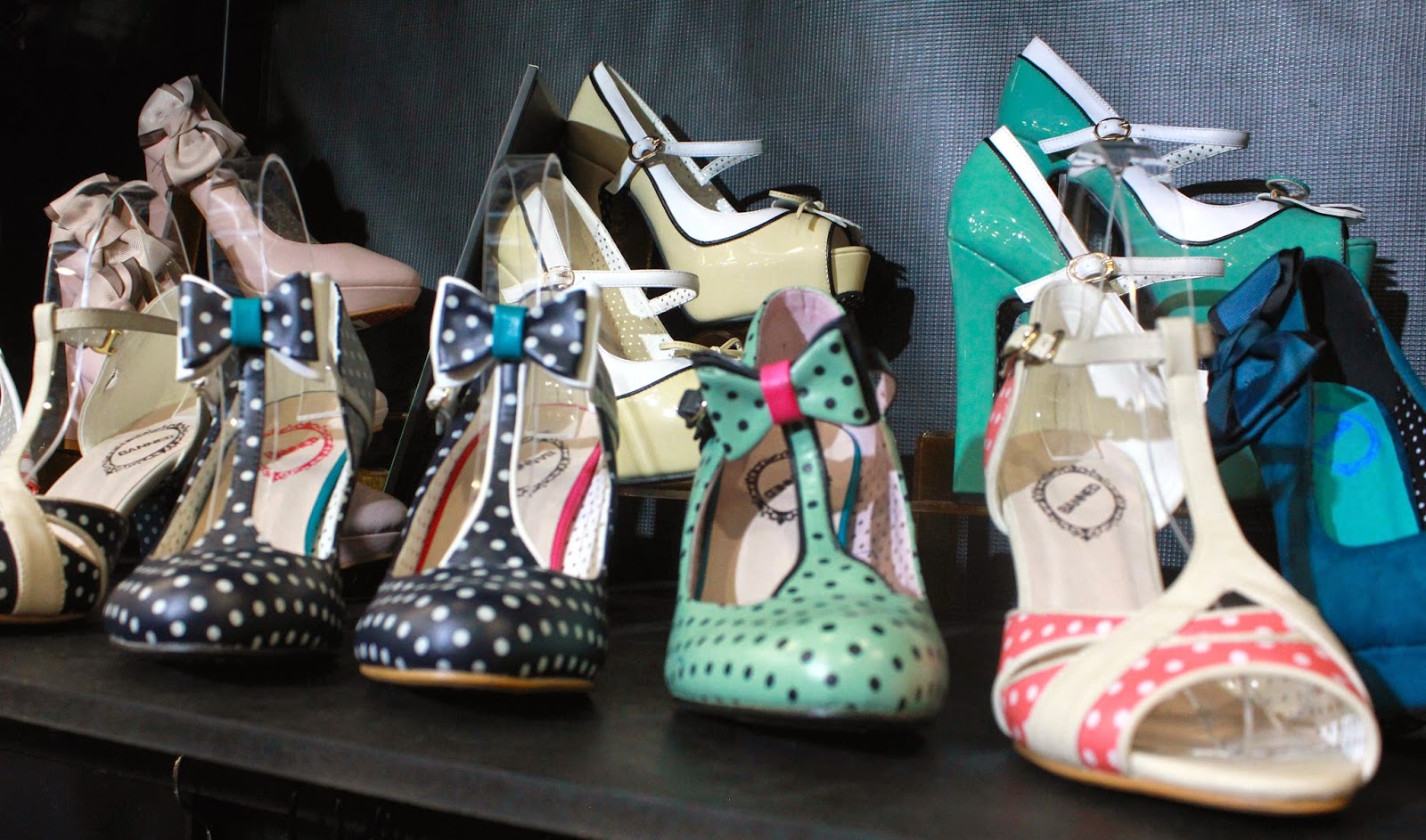 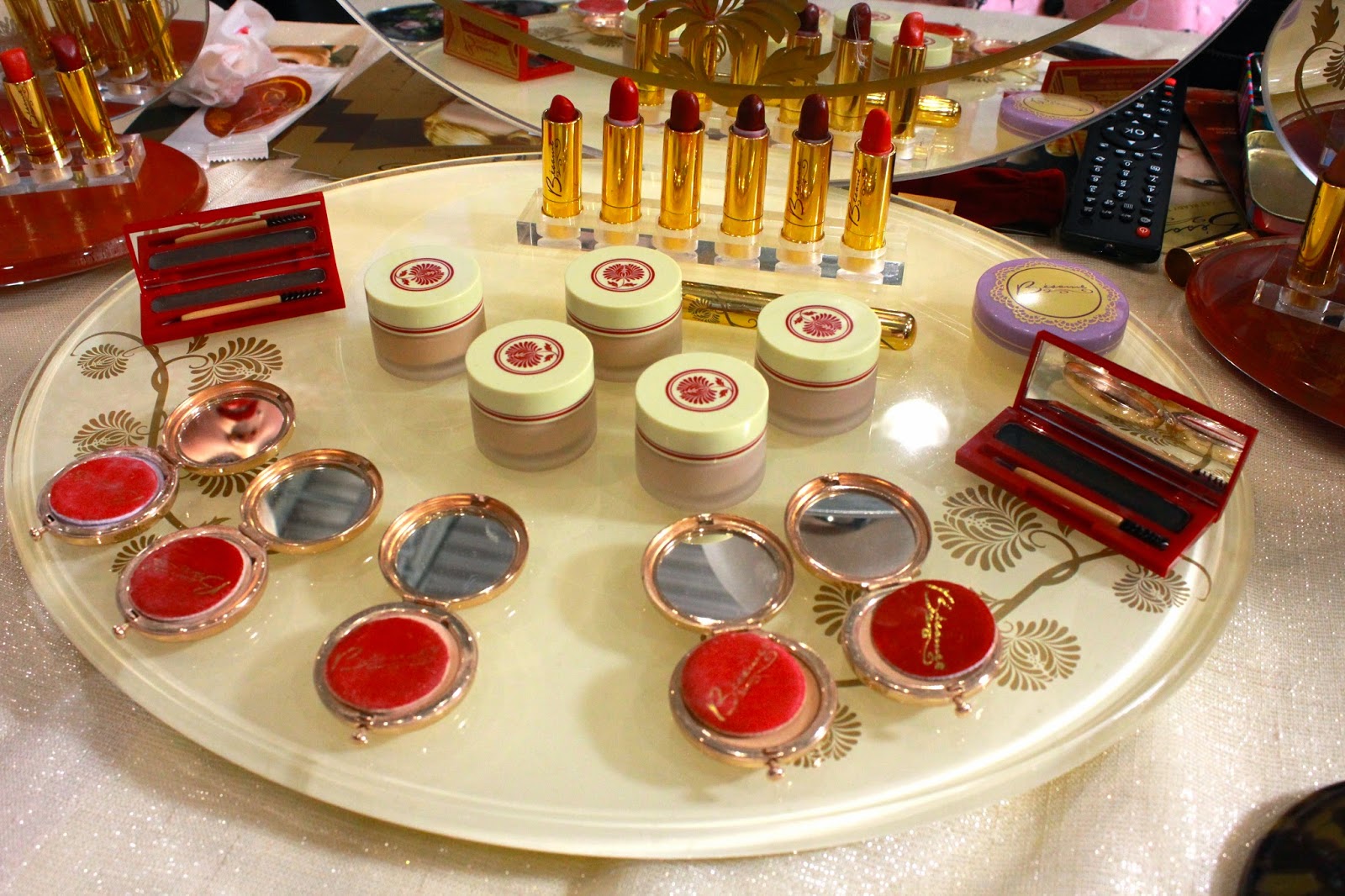 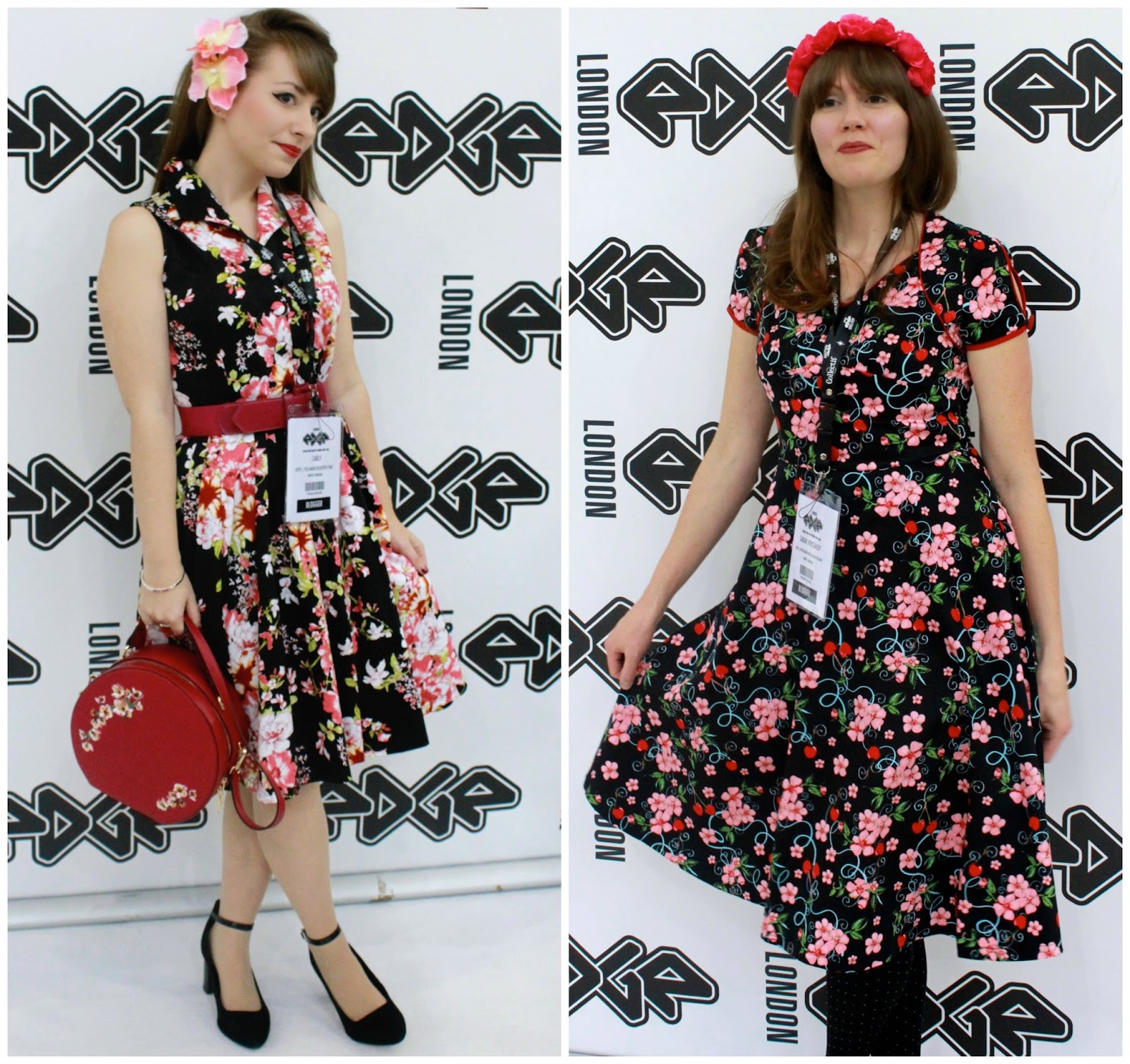 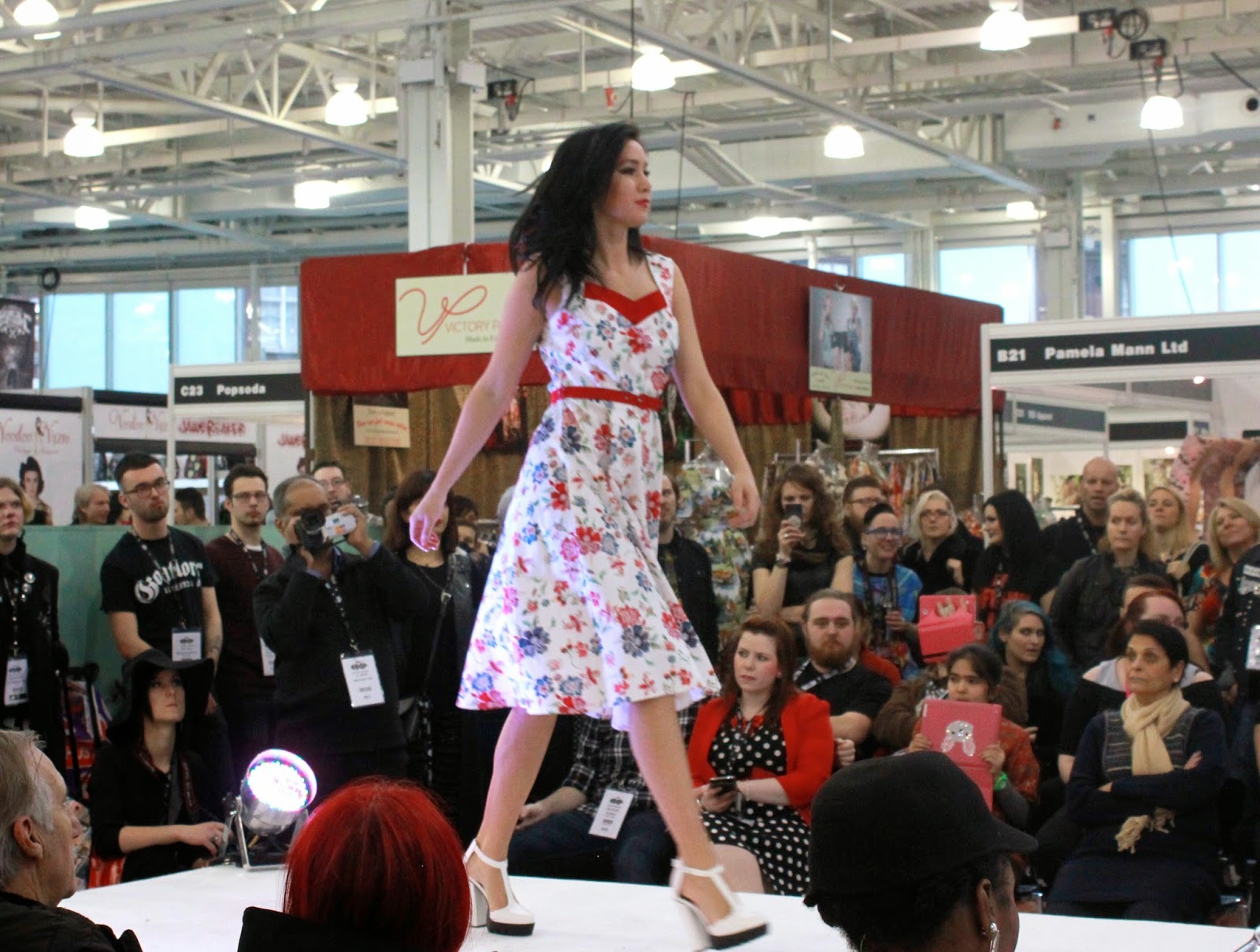 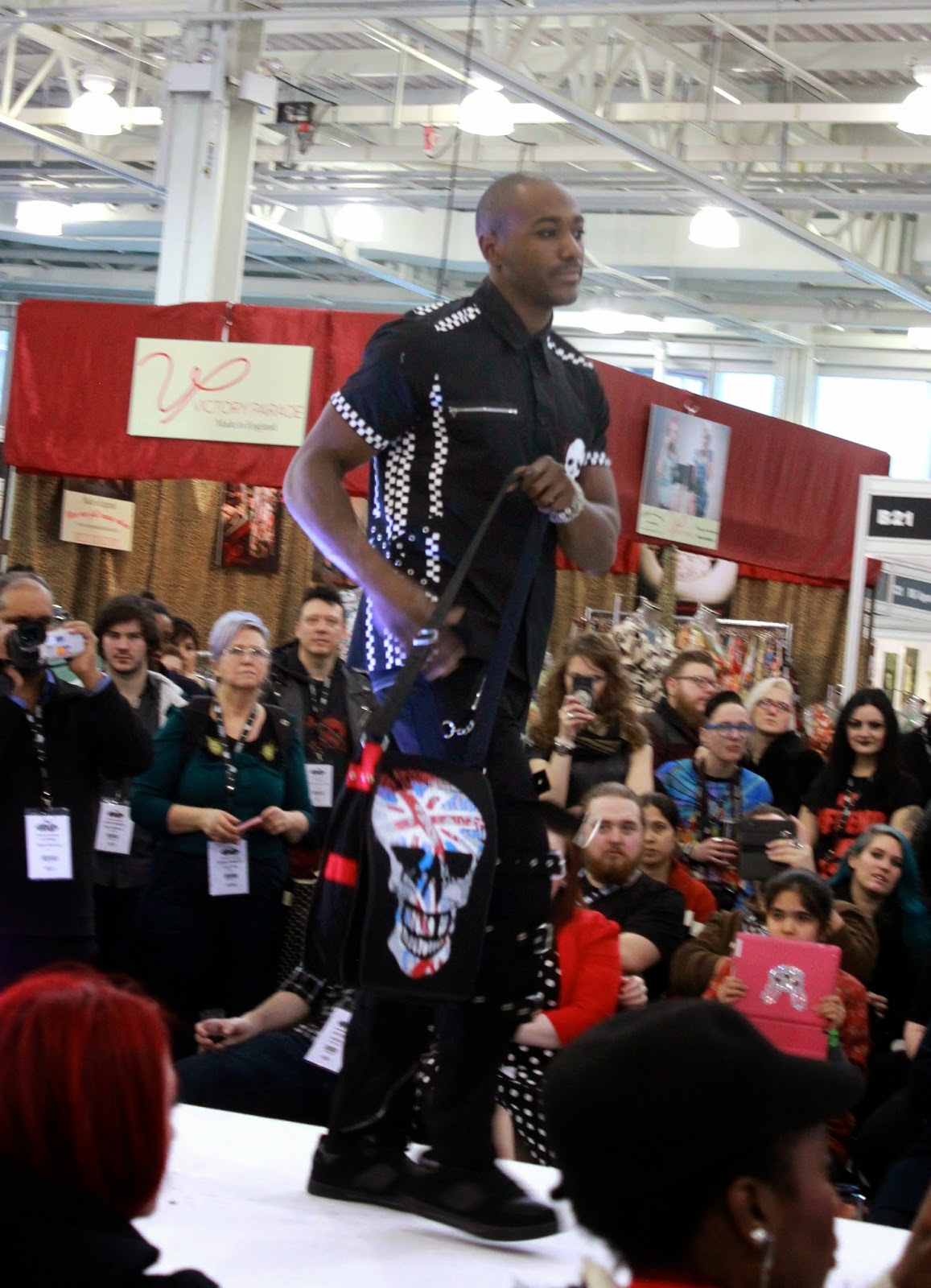 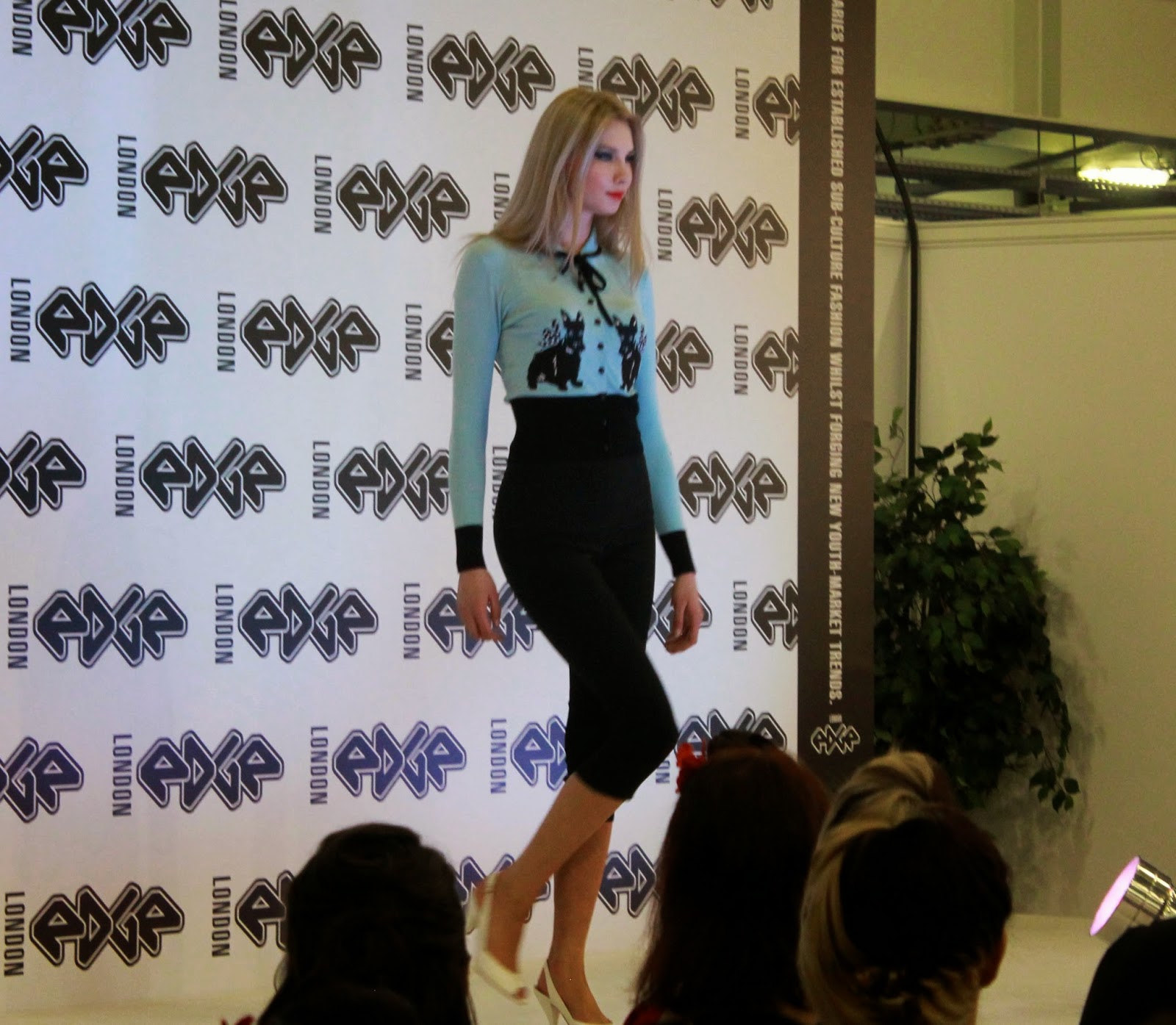 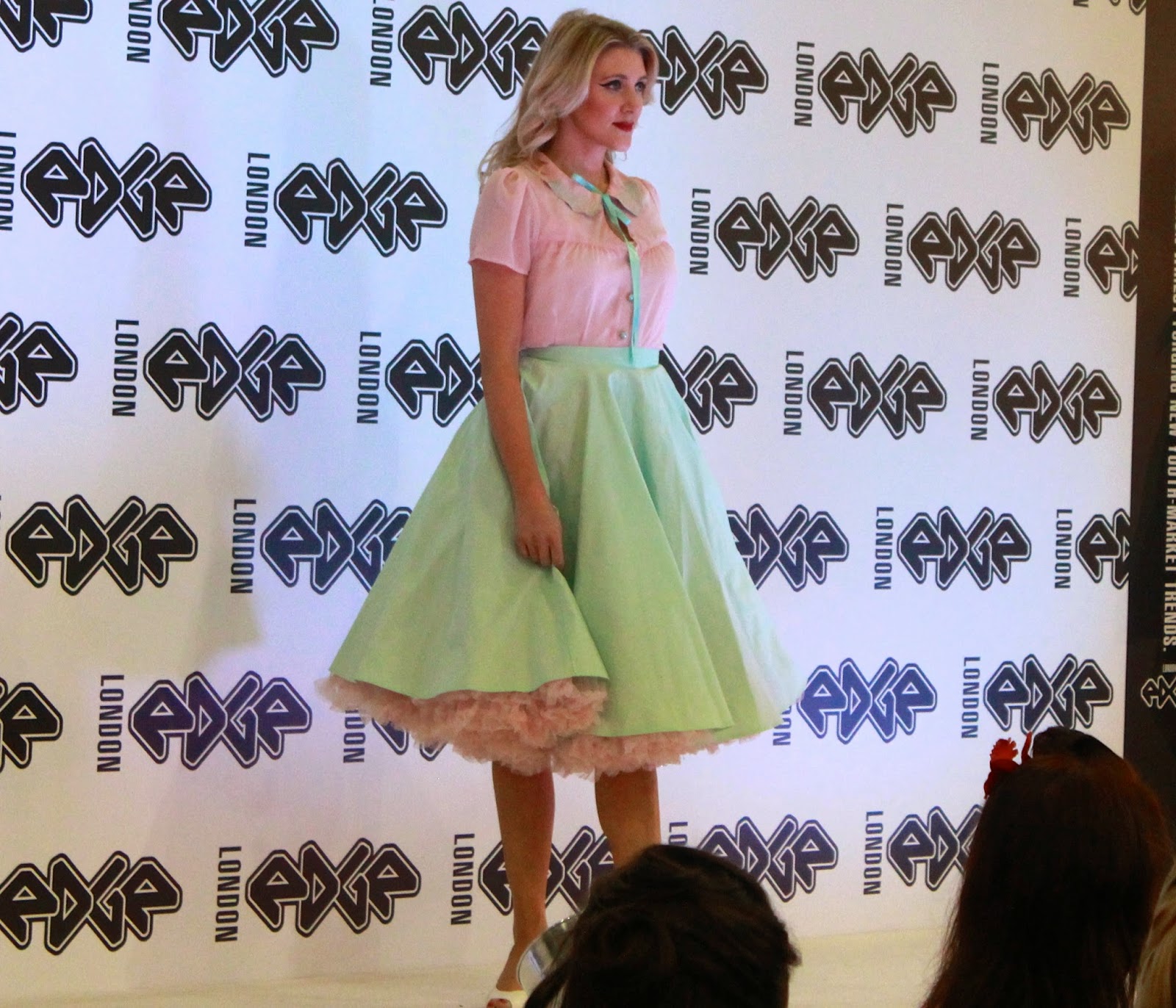 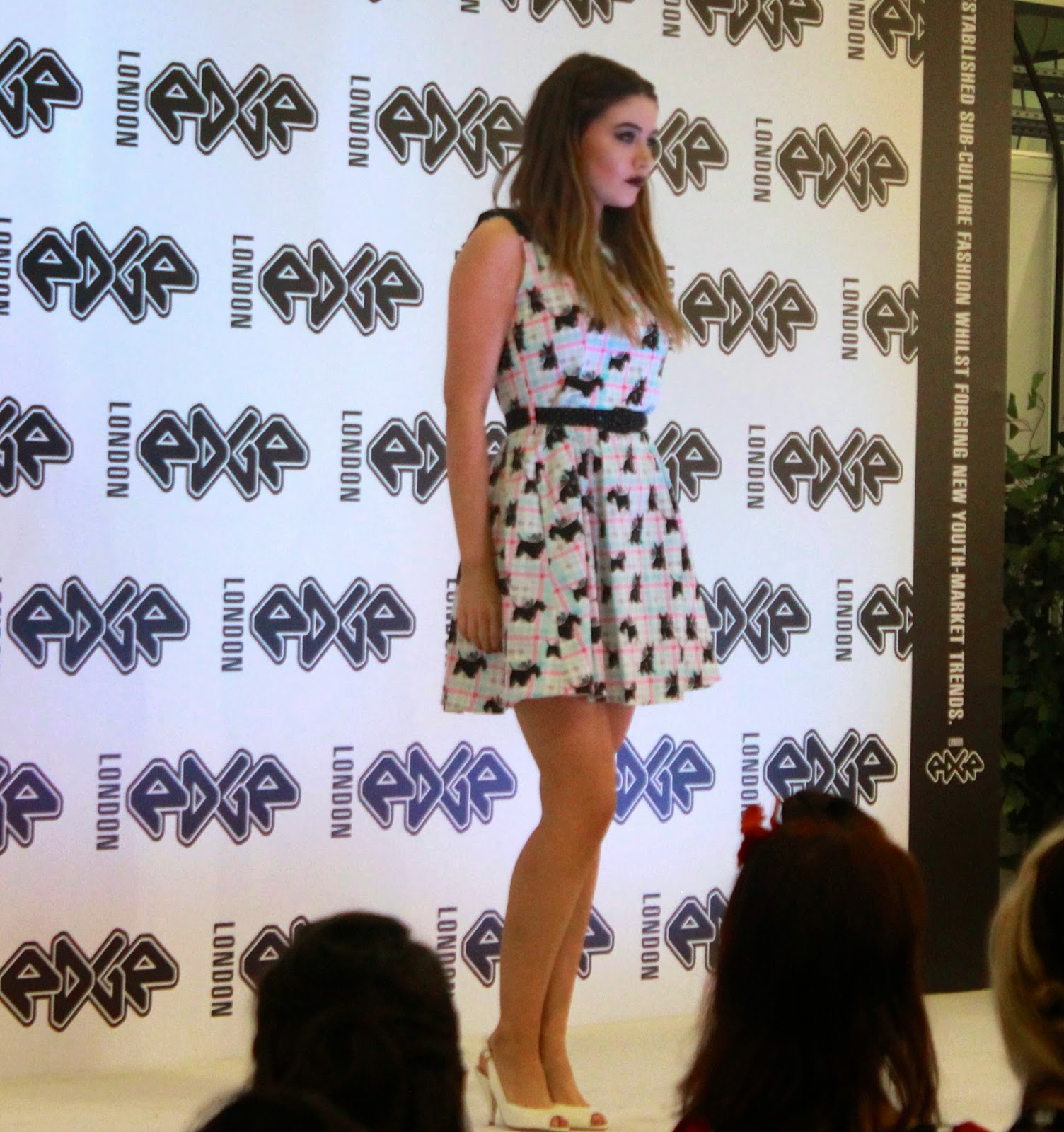 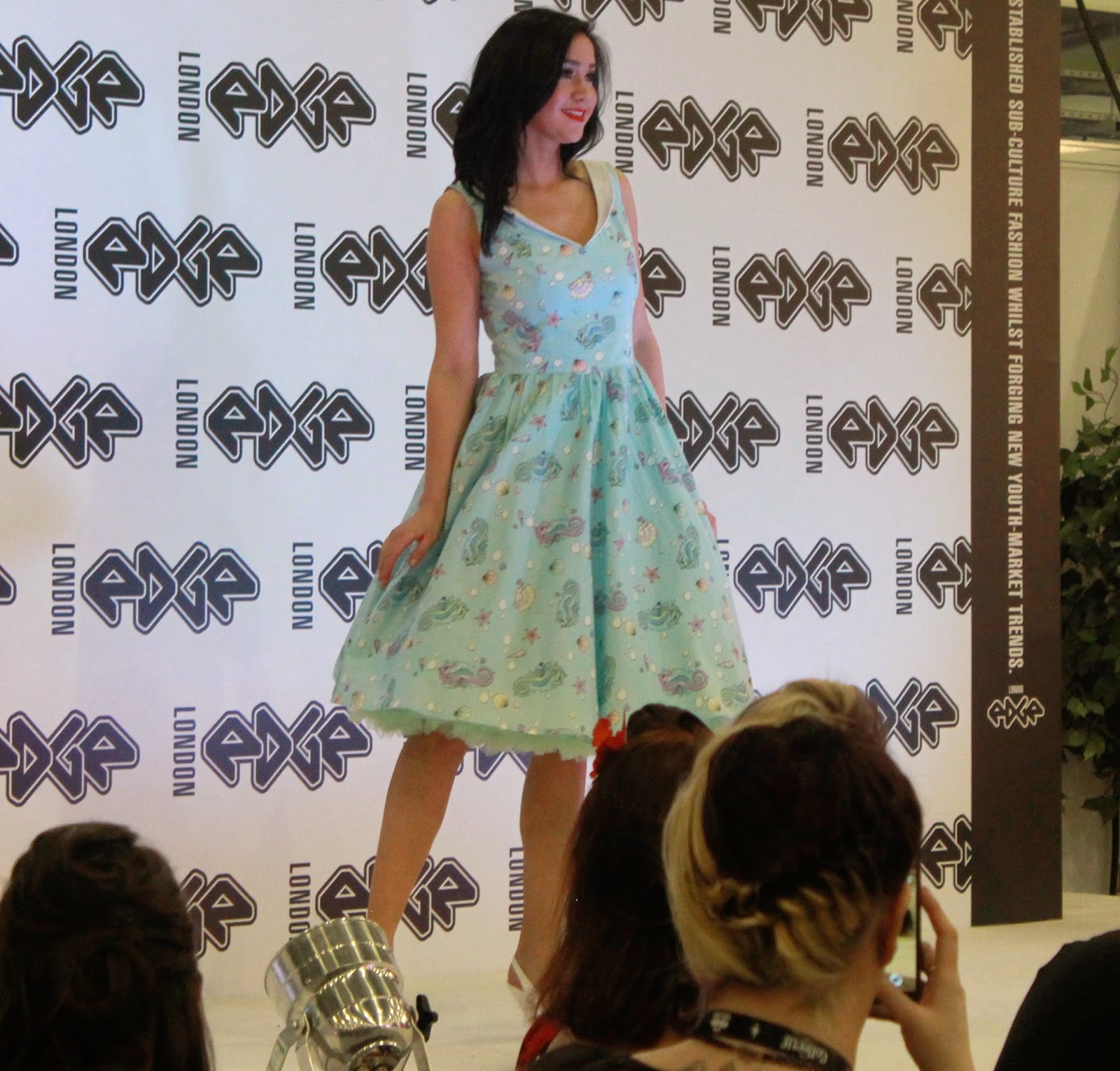 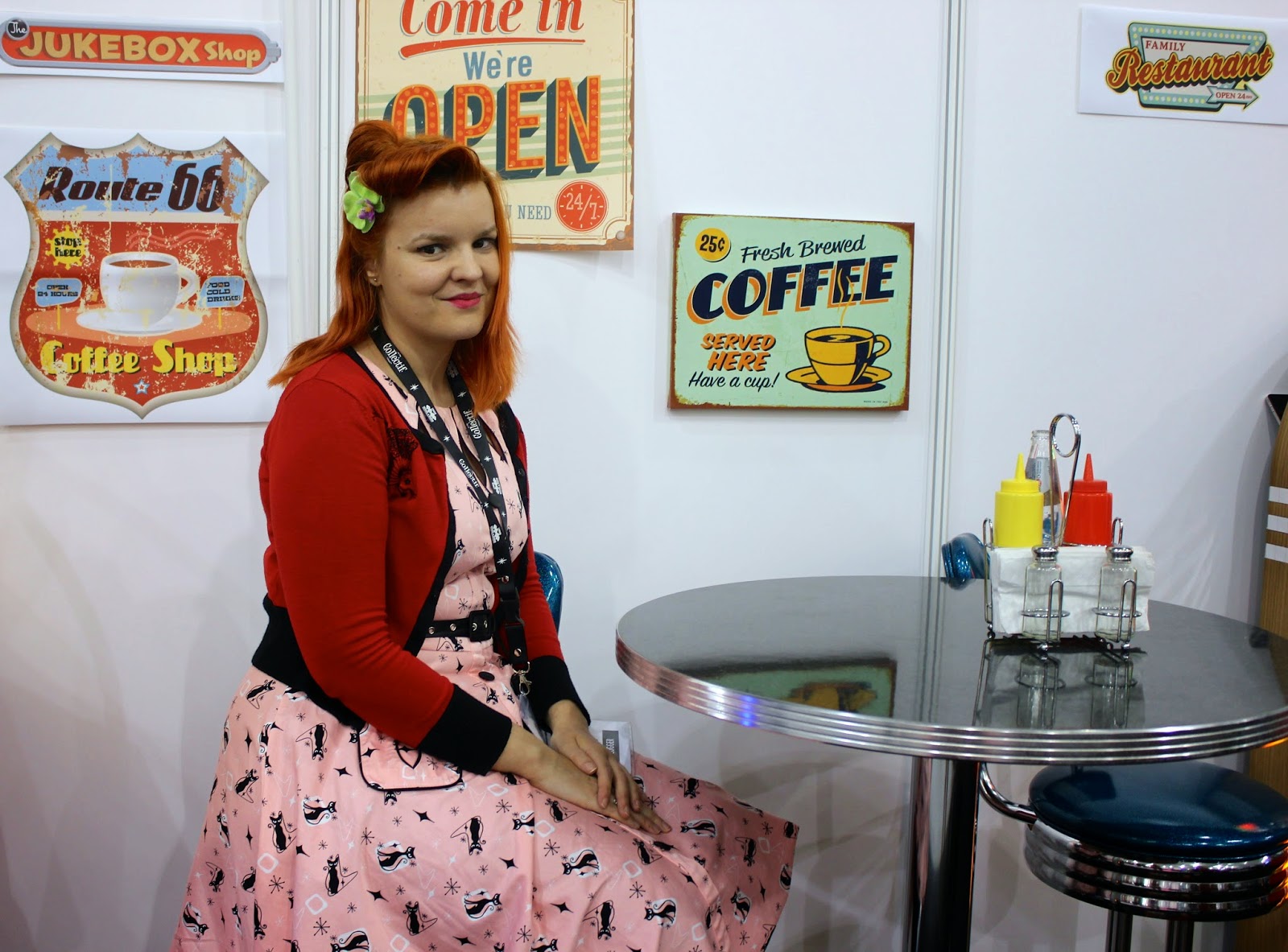 As you all probably know by now, I am a huge fan of all things vintage, especially the 50s style. So when I found out one of my favourite brands, Voodoo Vixen, was looking for bloggers to attend London Edge, complete with a free mini makeover and one of their gorgeous dresses, there was no way I could say no!
I first became aware of London Edge when I saw photos brands I love were posting from the last event online. Essentially it is an industry event where all the best-known alternative and reproduction vintage brands come together to show off their new and upcoming wears for press and buyers. It’s perfect for me, as you know my style is a bit crazy, it tends to jump between 50s housewife in the daytime, geeky 15-year-old on the weekend and cyber goth on nights out, so there were brands here to suit all sides of my messed up style. The focus for me this time though was firmly on the reproduction vintage brands, there were so many around and the clothes they have coming out are stunning! I have a future shopping list as long as my arm!
I was really lucky as when I first arrived, as I bumped into Porcelina and Carly, who had both been following each other’s blogs for years, so I tagged along with them.  They were both so friendly and sweet it was a massive hep to easing my nerves about going to the event alone! We quickly (and very excitedly!) headed over to the Voodoo Vixen stand to pick up the dresses we’d picked.
I had chosen this beautiful pink kitty dress, because I liked the unusual design and I really don’t own much pink shockingly.  It was so hard narrowing it down to this dress but I’m glad it did because it is so beautiful and flattering, i love the cut.  It even had pockets at the front which were just the right size for my lens cap and blog cards, which came in very handy!  I also had my hair and make up done by Voodoo Vixen later in the day, but this unfortunately meant I had to go through most of the day with very minimal make up on, including for the pres photo’s, so I think in future I’d do my own make up.
We were greeted in the Bloggers are by fizzy wine and sweets, none of which lasted long in my hands!  We were also all given a very generous goodie bag with things from lots of banned including a Banned Clothing cardigan and a beautiful hair flower from Miss Candyfloss, amongst others.  Then we were lucky enough to be the audience with an interview with a blogger I really love Kat from Rock N Roll Bride, she was just as nice and friendly as I expected, and I was annoyed I couldn’t think of a decent question to ask!

Then it was play time!  Time to look around all the stalls and see the amazing clothing on offer I don’t think anywhere disappointed.  I was even lucky enough to finally meet Hell Bunny designer Sarah Cake in person (you might remember I interviewed her back in September ).  There were plenty of fashion shows throughout the day so I got to see plenty of new designs before they come out next season and trust me, there’s some amazing stuff coming our way!

Afterwards we had our fill of eye candy we were whisked away by a cute vintage red bus to the party for the after-party, which was held at Gem Bar in Soho.. There was a free bar but as I am having some trouble stomaching alcohol recently I stuck to just the one glass of wine.  It was a really nice venue and looked pretty glam, I heard there was some great entertainment upstairs but we were so busy chatting downstairs that we missed it all!

Honestly, this is one of the best things my blog has led me to, I felt so privileged to be a part of it and I really enjoyed the whole day.  A huge thank you to Voodoo Vixen for inviting me down and letting me be a part of this, and be sure to check out Porcelina and Carly’s blogs because they are both great and have amazing style!