You are here: Home / blog / Kariss Visits: The Museum of Lincolnshire Life
A few weeks ago I was visiting friends in Lincoln when for a change we decided to visit The Museum of Lincolnshire Life.  Despite having lived in Lincoln for 6 years I’d somehow never visited.  It’s a free museum at the top of the infamously named Steep Hill (voted Britain’s best street!) set in beautiful surroundings.  The architecture of the building is worth a look in itself.  I’m not certain, but the grounds look like an original castle or turret of some sort.
The museum itself is set in a square around a central courtyard that is now a ‘play area’.  The initial rooms take you through life in Lincolnshire over 100’s of years, including the early Victorian years right through to the modern day, paying particular attention to Lincoln’s military involvement.  Exploring further into the museum there is a seriously impressive display of vehicles; ranging from civilisation and industrial to military (including a full size tank)! The rest of the museum is dedicated to showcasing the work place back in the Second World War era (such as post offices etc).  Unfortunately we didn’t get to look around all of this area as the museum had closed (unknowingly to us) and we unwittingly got locked in!  Earlier in the day when walking through an exhibit of the 1st World War (complete with slightly creepy dummies and bomb effects), an employee had commented that you wouldn’t want to be stuck in here at night, as it’s like Night at the Museum.  He didn’t realise how close we nearly came to finding out why!  Luckily the situation was quickly resolved and we were on our way! 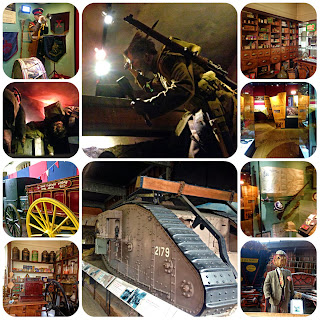 The museum really does have something for all ages, there’s enough information to teach adults plenty of things whilst having lots of activities for children to keep them occupied. The children’s ‘play area’  was suitable for a wide range of ages and was decorated and themed so that it matched the tone of the exhibit  (I believe there’s a tank and a bomb shelter to play in!).  Overall it’s a great little museum and well worth popping into if you’re in the area.

Of course, with it being the end of a blog post about a museum that can only mean one thing: silly photos time! 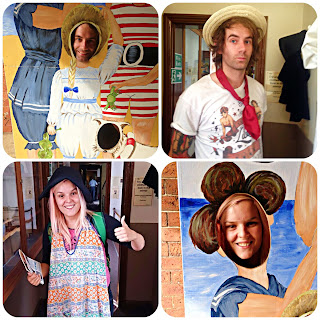