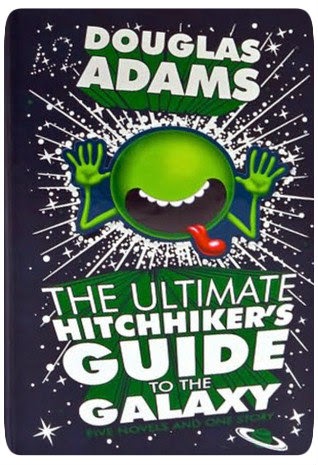 The Ultimate Hitchhiker’s Guide to the Galaxy by Douglas Adams
Your planet has just been destroyed and you re lost in the space-time continuum, but Don t Panic! Just thumb your way to the end of the universe for a nice cuppa tea with the help of The Ultimate Hitchhiker s Guide to the Galaxy, your Baedeker for intergalactic zaniness. Featuring all five novels in Douglas Adams s beloved Hitchhiker s series The Hitchhiker s Guide to the Galaxy; The Restaurant at the End of the Universe; Life, the Universe and Everything; So Long, and Thanks for All the Fish; Mostly Harmless and the bonus short story Young Zaphod Plays It Safe, this omnibus provides you with the perfect itinerary for sightseeing across the universe, from the beginning to the end of time. Along the way you’ll meet paranoid robots, avert Armageddon (more than once!), and learn the answer to the ultimate question concerning life, the universe, and everything even though you’ll never learn what the question is. So strap in, get ready for lift-off, and prepare yourself for comedy on a cosmic scale.
I think it’s important to note that I read the ultimate (full series) version of this and not just the title story and so that’s what this review reflects.  It’s a shame because I had high hopes and as much as I found the title story funny, imaginative and interesting, as the stories went on the stories got much weaker, more irrelevant and confusing.  It took me ages to get through this book because towards the end I just wasn’t enjoying it.  It felt like a challenge more then a pleasure, I would suggest just picking up the original story and ditching the rest.
*** 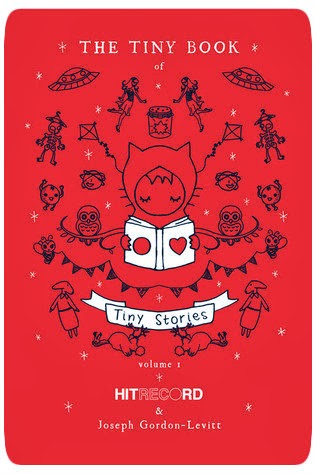 Can we just talk about how sweet these are? They look great and it’s such a simple idea.  They are a little hit and miss but there’s always going to be strengths and weaknesses when your taking works from lots of different people, but the good ones really are great.  It’s amazing how you can create such emotional complexity in just a couple of sentences, also the illustrations in this are beautiful, worth the price of the book in themselves and they really add to the story. 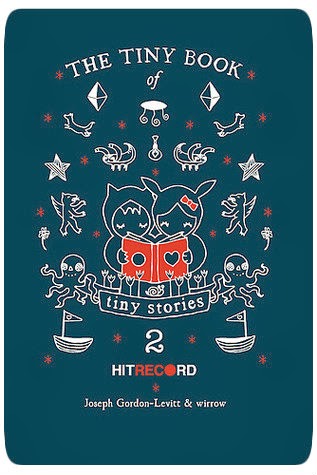 The tiny book of tiny stories volume 2 by Joseph Gordan-Levitt
Actor Joseph Gordon-Levitt (The Dark Knight Rises, Inception, Looper, 500 Days of Summer) made a big splash with The Tiny Book of Tiny Stories – so now he’s back with volume 2! One of the most ingenious and successful projects to come out of Gordon-Levitt’s online creative coalition hitRECord – an international collaboration of artists and writers – The Tiny Book of Tiny Stories: Volume 2 offers more quirky, delightfully small, ingeniously illustrated haiku-like tales, proving once more that the universe isn’t made of atoms; it’s made of tiny stories. The best things do come in small packages.

Honestly not much more to add then what I said about volume 1, a great edition that keeps up the same level of quality in all areas as the first.
**** 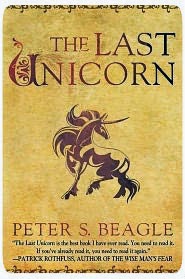 The unicorn lived in a lilac wood, and she lived all alone. She was very old, though she did not know it, and she was no longer the careless color of sea foam but rather the color of snow falling on a moonlit night. But her eyes were still clear and unwearied, and she still moved like a shadow on the sea.

The unicorn discovers that she is the last unicorn in the world, and sets off to find the others. She meets Schmendrick the Magician–whose magic seldom works, and never as he intended–when he rescues her from Mommy Fortuna’s Midnight Carnival, where only some of the mythical beasts displayed are illusions. They are joined by Molly Grue, who believes in legends despite her experiences with a Robin Hood wannabe and his unmerry men. Ahead wait King Haggard and his Red Bull, who banished unicorns from the land.

This was one of my favourite films as a kid and so I knew I would want to read the book at some point and see what the differences are.  I guess the surprise is that there isn’t, it’s pretty much play for play the same as the film (well the film is the same as the book) which just shows that the film must have been a pretty good adaptation!  I enjoyed it because I loved the film but it didn’t add anything extra, I’d recommend this to lovers of the Hobbit.
**** 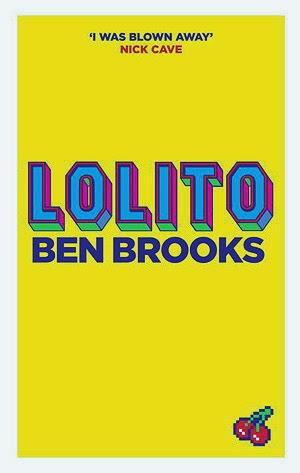 Lolito by Ben Brooks
She’s online.
‘I booked a hotel,’ I say. ‘Near Marble Arch.’
‘That sounds great, hon. I can’t wait to see you.’
‘Yeah. Me too.’
‘I’m vaguely nervous.’
‘Don’t be.’
Do be. I’m a child.
Lolito is a love story about a fifteen year-old boy who meets a middle-aged woman on the internet.When his long-term girlfriend and first love Alice betrays him at a house party, Etgar goes looking for cyber solace in the arms of Macy, a stunning but bored housewife he meets online. What could possibly go wrong…?

Grow Up is one of my favourite books and ever since reading it a couple of years ago I’ve been desperate to read more of Ben Brook’s work, as that one just floored me.  This one wasn’t as good for me but it was still enjoyable.  I think because of Ben Brook’s style people expect him to really take the readers into something truly debaucherous, and with the title and theme of the book I guess I just expected more.  As a result it felt kind of tame, but still interesting and I loved the lead character.  Another tale of modern teenagers that’s totally believable.
****