You are here: Home / theatre / Spy Plays at Above the Stag 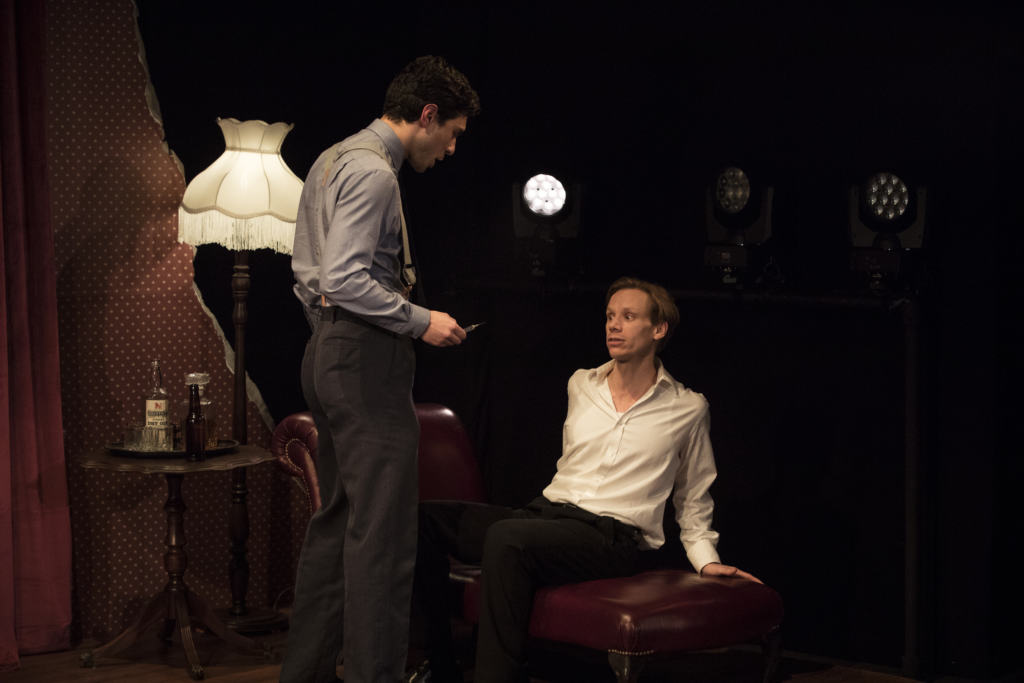 Spy Plays is a double bill of two short plays, London/Budapest and Kompromat.  This review is of a preview.

In London/Budapest it’s 1955. Adam de Hegedus, the secretive author of Britain’s first gay bestseller The Heart in Exile, takes his afternoon sauna pick-up to a Pimlico flat. But this is the cold war: Burgess and Maclean have just defected to the Soviet Union. Espionage is everywhere, paranoia too. And a casual encounter can cost you your life.

This show combines sex, scandal and suspicion in a fast paced performance that leaves the audience asking if any of the characters are who they say they are, and can they even admit this to themselves!  The conflict between their consciousness and their feeling of duty is where the majority of the conflict of this show is derived making for an interesting watch.

Kompromat is inspired by the 2010 death of Gareth Williams, whose body was found zipped into a sports bag in the bathroom of his Pimlico flat. Its protagonist is brilliant with numbers, but hopeless at reading people – including the beautiful young man he has invited into his bedroom.

Kompromat explores the human desire for companionship and the mistakes we make in order to obtain it, even for a short while.  The characters are seen acting outside of their better judgement as they wish to gain this kind of intimacy and connection to others.  It raises questions around the use of people as spies, can we ever ask them to act as any more than human? As the story jumps forward and backwards in time we see a full picture of the liaison emerge, as the tension builds it leaves the audience on the edge if their seats, even if they do know the outcome.

This double bill isn’t the best thing I’ve seen at Above the Stag, but it’s still an enjoyable watch with both shows being full of tension and drama.  Both plays play on the themes of identity and privacy and how these can be exploited.

Spy Plays is on at Above the Stag until the 29th of March and can be booked directly through the theatre’s website, tickets are £25.

Tickets were given in exchange for review, all words and opinions are my own.

« How to plan a cheap trip to Disneyland Paris
What it’s like to visit Venice, Italy during the Corona Virus outbreak »