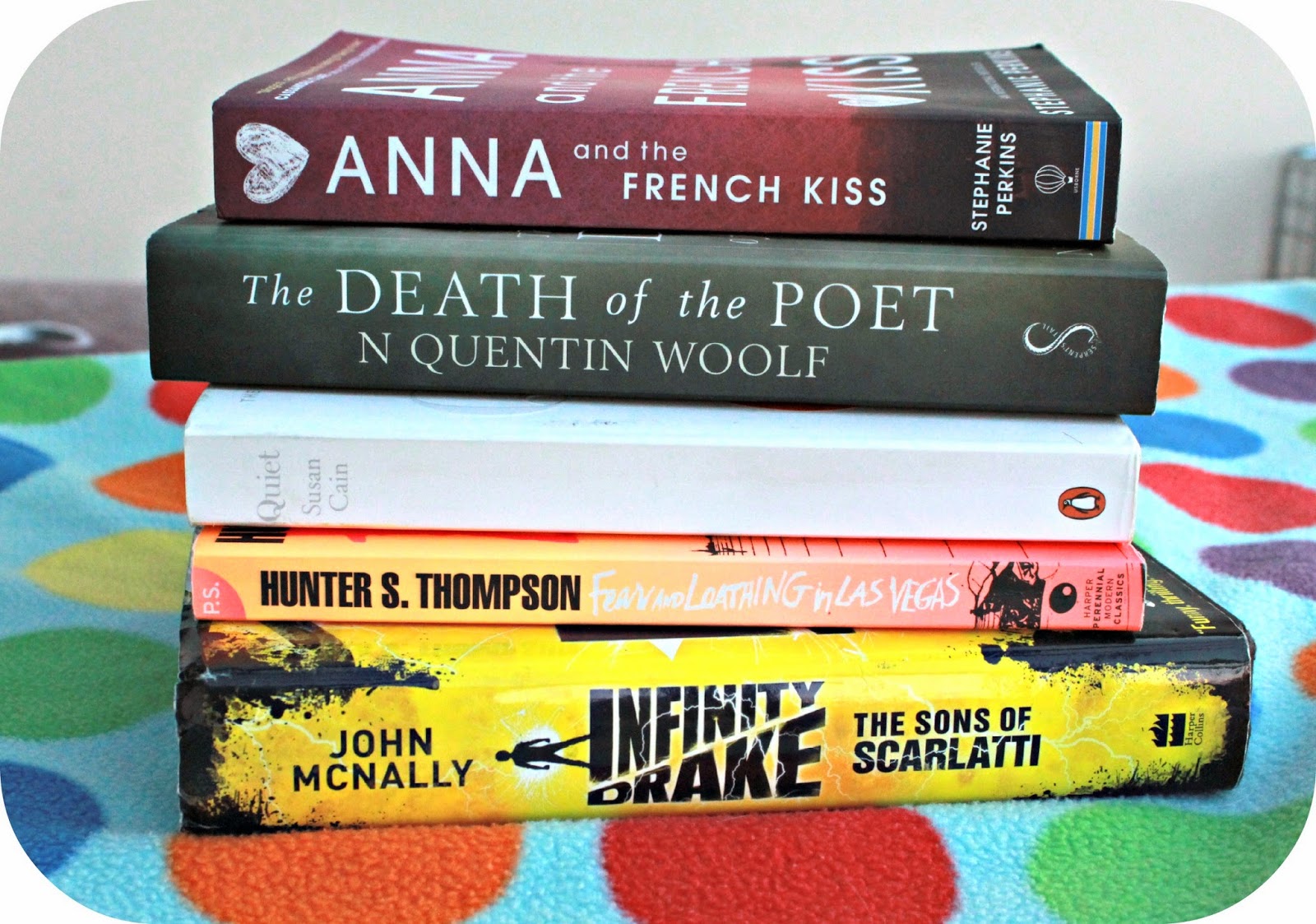 It’s been a while since I’ve done one of these and it’s about time as I’m reading way ahead of these posts.  This covers books 21-25 and I’ve actually passed my reading goal of 30 and already finished 35!  So without further adieu…. 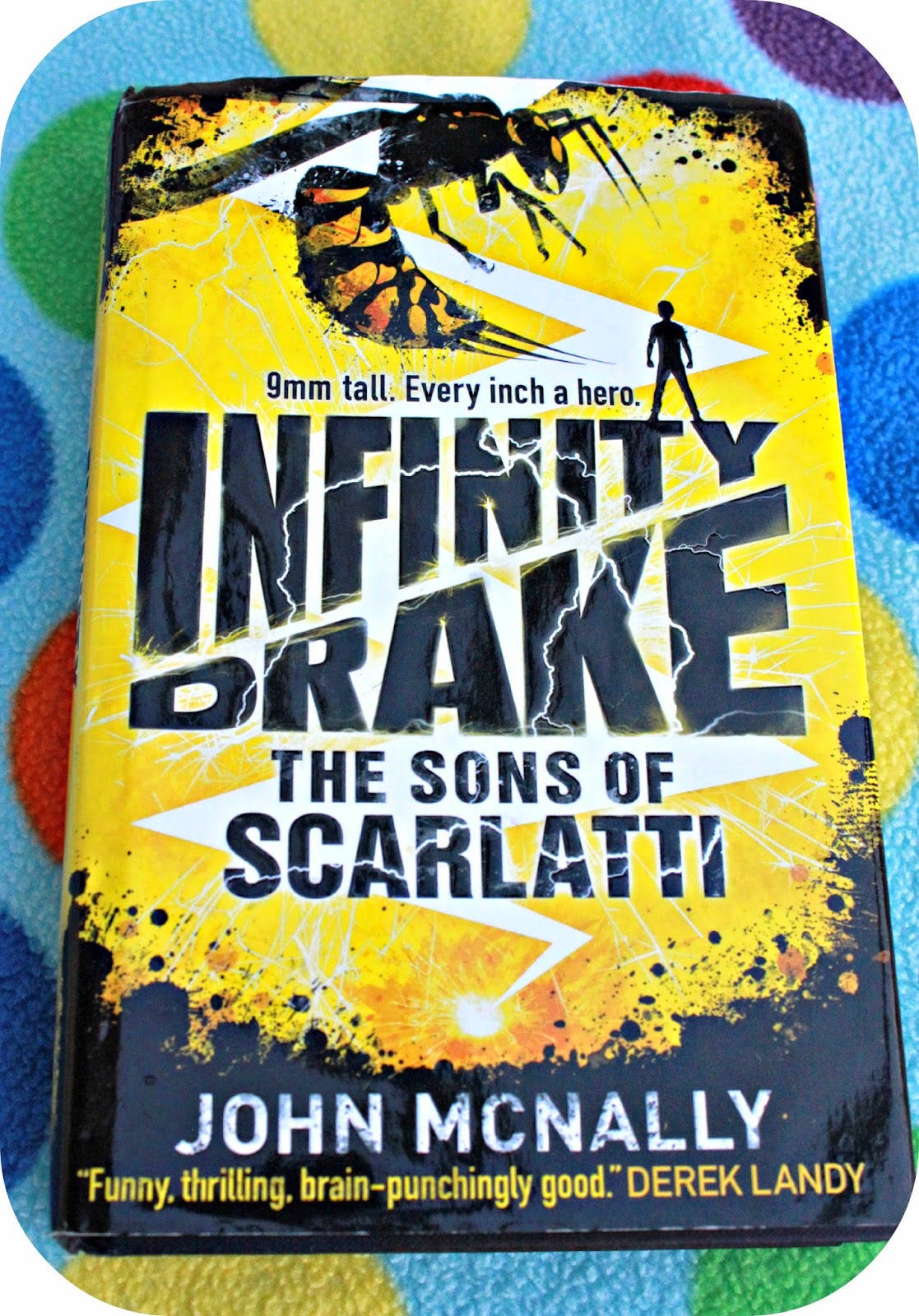 Infinity Drake: The Sons of Scarlatti by John Mcnally
Infinity Drake – aka Finn (at least his mum stopped him being christened e=mc2) – is looking forward to a week away with his mad scientist uncle when they are summoned to a crisis meeting. A lethal bio-weapon has been released by a pitiless villain, with incalculable consequences for mankind…UNLESS Al can shrink a military team to hunt down the beast. No one reckons on Finn getting dragged along – but then disaster strikes. Shrunk to 9mm tall, Finn has to jump in a tiny apache helicopter with two soldiers and a crack female pilot in a race to avert disaster and destroy the Scarlatti – the uber-wasp killing machine that’s out there, very angry, and many times their size…(And if you think that’s trouble, just wait till Grandma finds out.
3/5 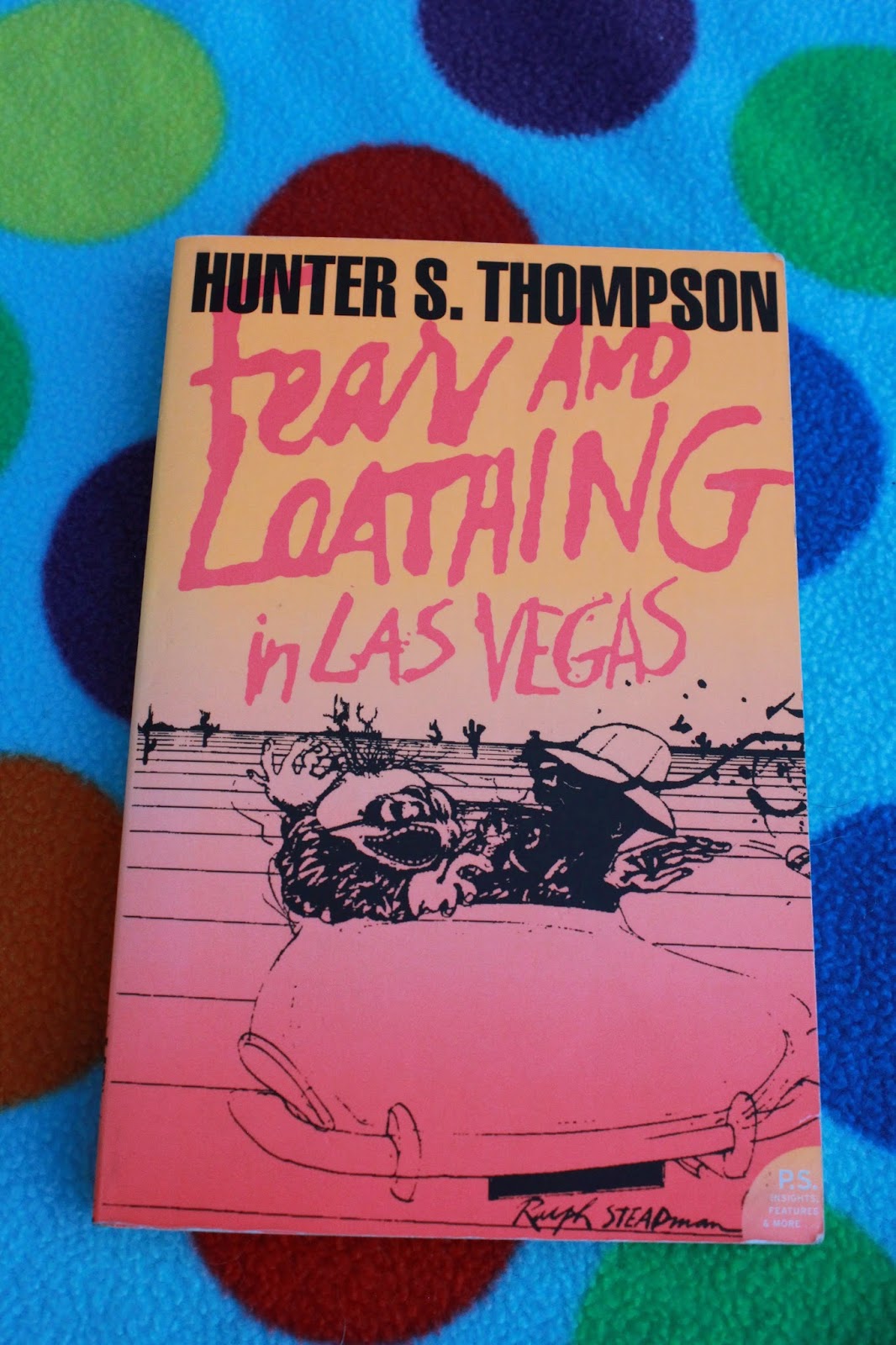 Fear and Loathing in Las Vegas by Hunter S. Thompson
Hunter S. Thompson is driving to Las Vegas with his attorney, the Samoan, to find the dark side of the American Dream. Roaring down the desert highway from Los Angeles, they realize there’s only way to go about such a perilous task: getting very, very, twisted. Armed with a drug arsenal of stupendous proportions, the duo engage in a maniac surreal tour of the sleaze capital of the world. Their perilous, chemically-enhanced confrontations with casino operators, police officers and assorted Middle Americans have a hallucinatory humor and nightmare terror. Riotously funny, daringly original and dead serious at its core, Fear and Loathing in Las Vegas is a classic statement on the collapsed dream of the American Sixties.
Simply put, if you liked the film, you’ll like this.  There isn’t much difference between them, and just goes to show how good the adaptation was.  I really enjoyed this, it’s pretty crazy in parts, as is to be expected and at time this means it can be hard to follow but you defiantly can’t say it’s boring!
4/5 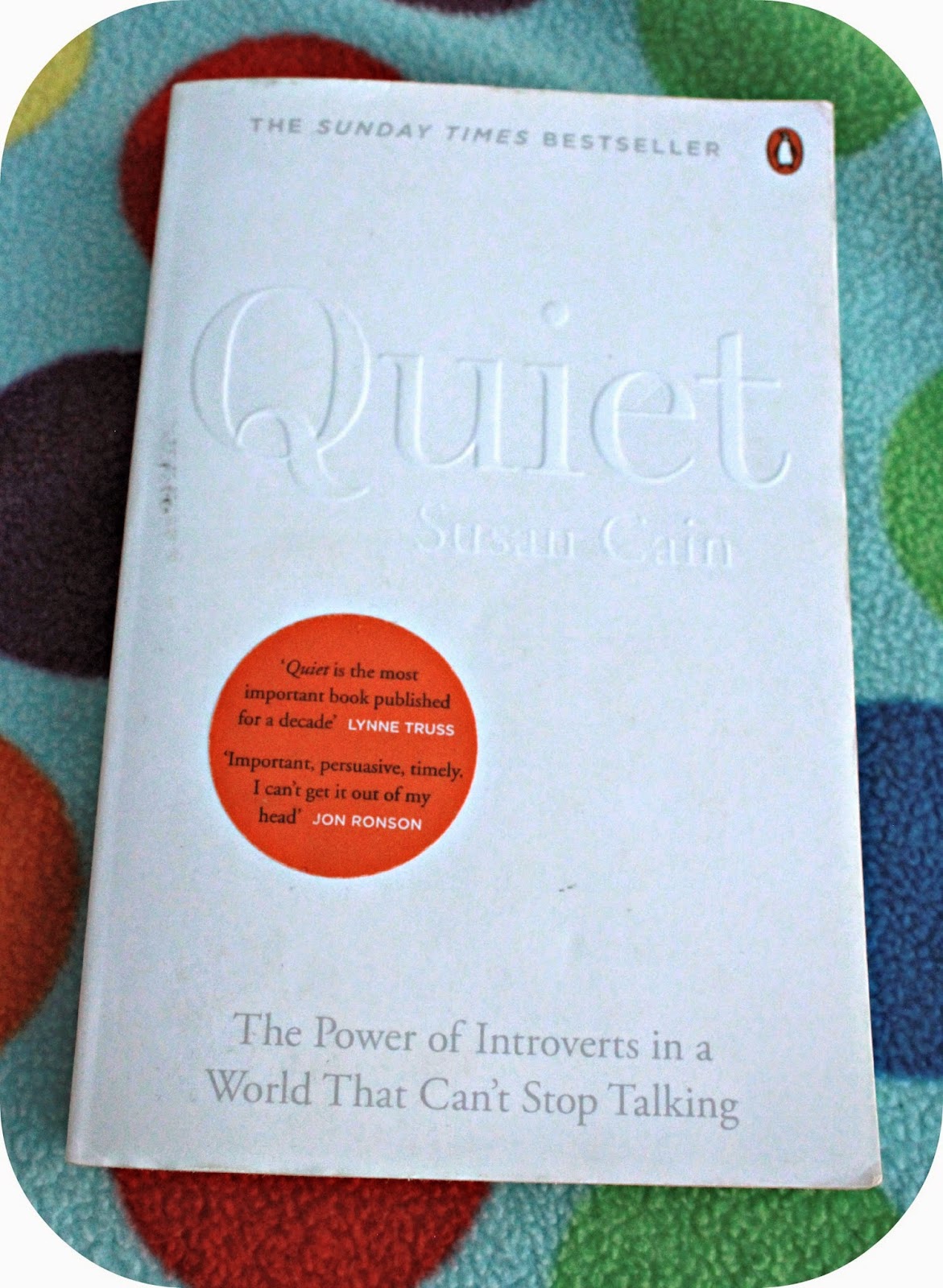 Quiet by Susan Cain
For far too long, those who are naturally quiet, serious or sensitive have been overlooked. The loudest have taken over – even if they have nothing to say.It’s time for everyone to listen. It’s time to harness the power of introverts.It’s time for Quiet.
I’m pretty confident in saying that this book has changed my life.  I am a bonafide introvert with a large dollop of ever growing social anxiety.  I have gone through my life thinking being introverted is one of the worst things you can be, this book taught me for the first time that there isn’t anything wrong with it.  It’s just another way of being, and there are some important strengths to it that extroverts don’t have.  I really recommend it.
4/5 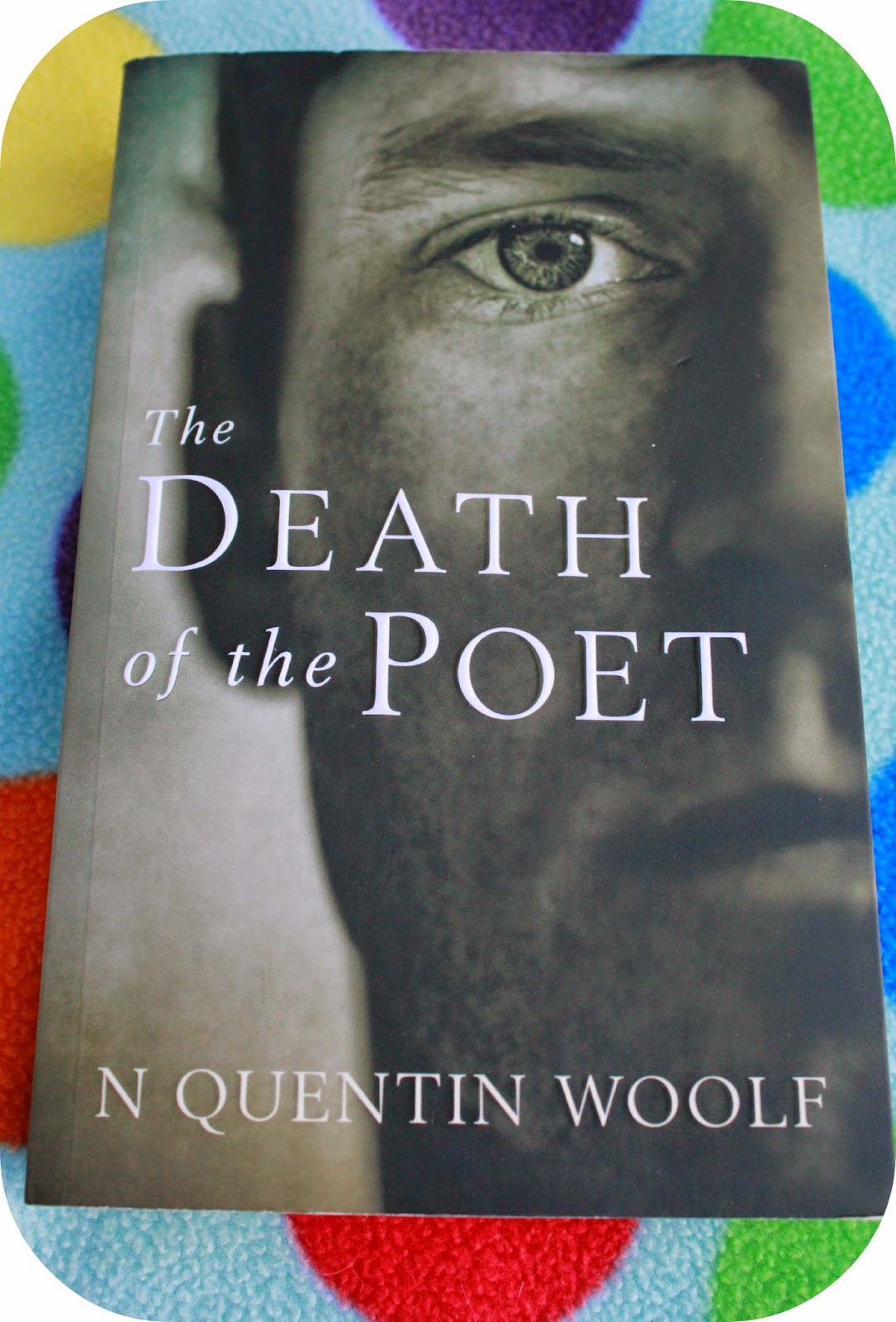 The Death of the Poet by N Quentin Woolf
John Knox falls passionately and irrevocably in love with Rachel McAllistair the first time they meet. He interviews her for his radio show, and afterwards, when he tells her how impressive she was, she hits him, square on the jaw. Undeterred, he pursues her, promising to love her and never to leave her.
This promise becomes his burden, as her behaviour whirls out of control. She is abusive and cruel. And yet he stays. Even when she does something so awful that his life is changed forever. And that point, on which his life turns, leads him to an unexpected connection with a man who suffered a terrible injury in the first world war.
Read my full review here
3/5 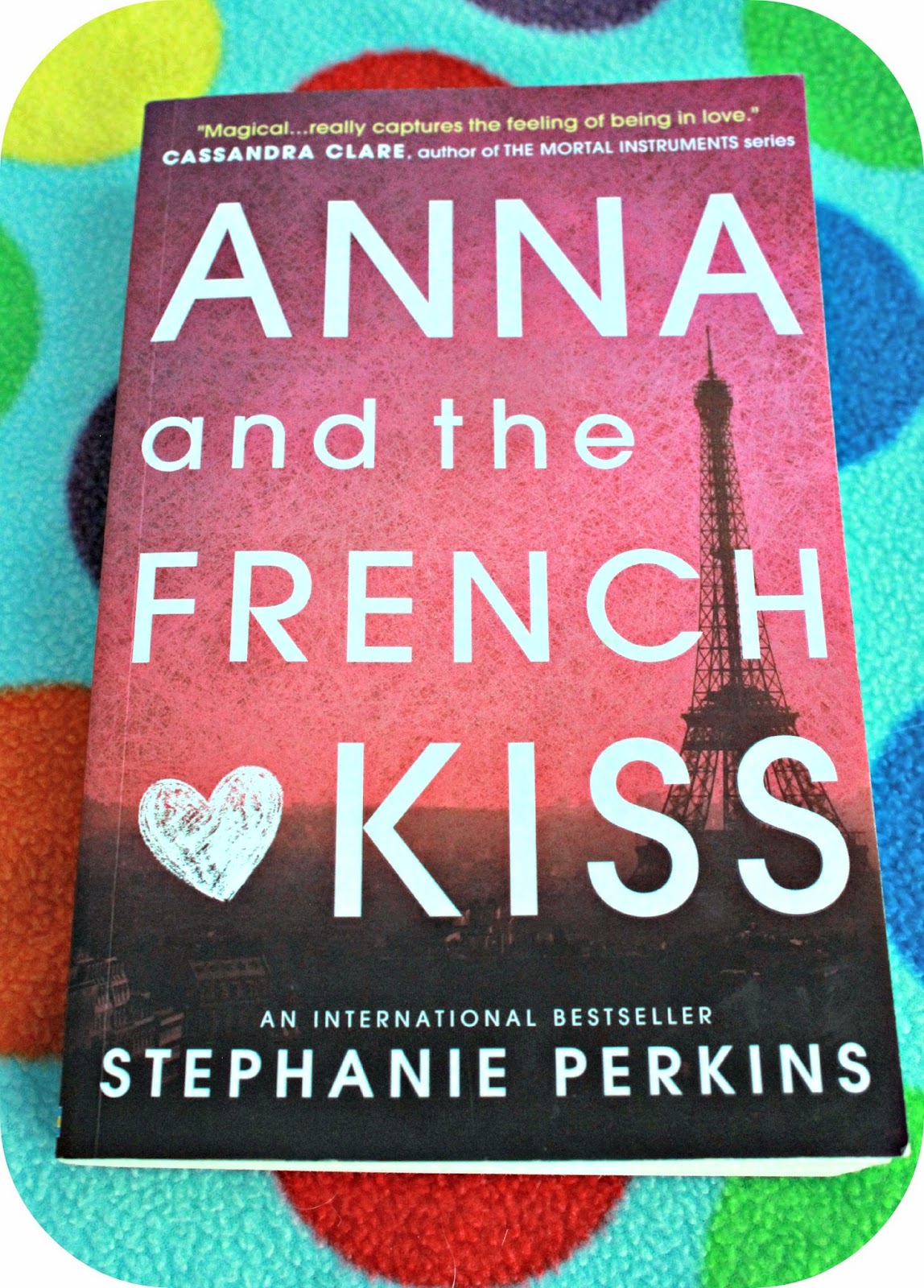 Anna and the French Kiss by Stephanie Perkins
Anna has everything figured out – she was about to start senior year with her best friend, she had a great weekend job, and her huge work crush looked as if it might finally be going somewhere… Until her dad decides to send her 4383 miles away to Paris. On her own.But despite not speaking a word of French, Anna finds herself making new friends, including Etienne, the smart, beautiful boy from the floor above. But he’s taken – and Anna might be too. Will a year of romantic near-missed end with the French kiss she’s been waiting for?
I had such high hopes for this title and although I enjoyed it I was left feeling a bit disapointed.  I had heard everyone saying such good things that despite my general dislike in romance I was really excited about it, but it just didn’t quite cut it for me.  It’s easy to read and cute but I just couldn’t connect with it, I’m still going to read the companion novels however!
3/5
Have you read any of these books?
Kariss xx